A trip to Madhya Pradesh, the heart of India

Since our world is no longer divided into two power blocs, several global powers have developed, one of them is India. But despite the technological and economic progress, a large part of the population is still living under conditions which hardly differ from those of their ancestors. We&squotll get an idea of this during our trip into the very heart of the subcontinent, to Madhya Pradesh.

Still India is mainly an agricultural country. 60 to 70 % of the populace works in agricultural. Their view of the world corresponds to the mystical beliefs of their ancestors and has hardly changed in the last centuries. Deep religiosity, traditional social structures, these are the characteristics which determine the life of the majority of Indians.

There is hardly any other part of the country suitable to get to know the real India than Madhya Pradesh. Besides that, we find outstanding examples of religious architecture of the Hindu as well as the Buddhist and Islamic religious world.

Highlights of our tour are the visit of the Taj Mahal in Agra (UP), the palaces and temples in Orchha Khajuraho as well as the visit to the sacred Hindu city of Varanasi (UP). A real Indian experience of the special kind is the train ride from Varanasi to New Delhi at the end of the trip. 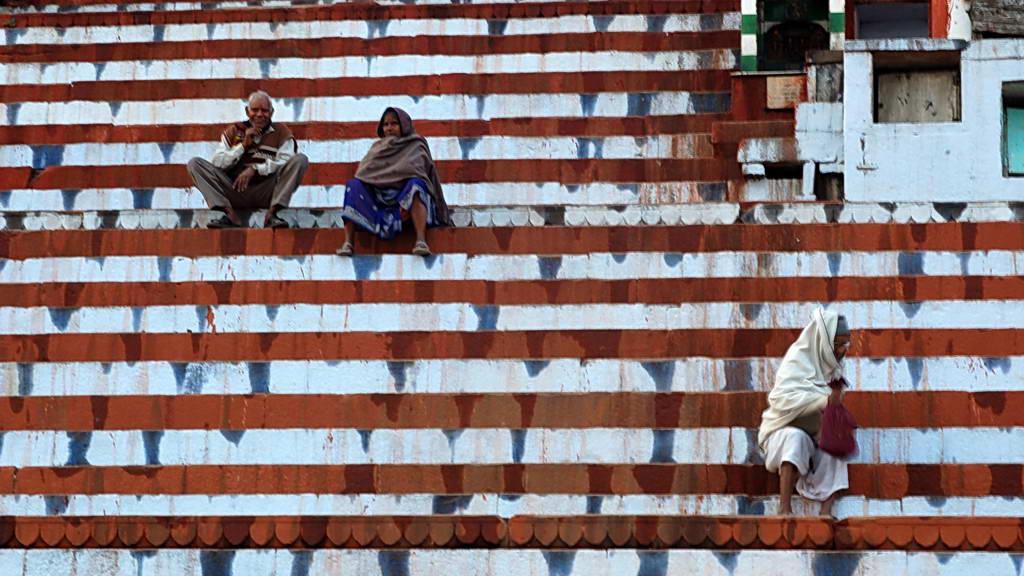 Today the adventure begins. The flight to India should be chosen according to the arrival time. You should arrive during the night at the Indira Gandhi International Airport in Delhi. We pick you up at the airport and bring you to the hotel where you'll spend the first night. By the way, after the completion of the highly modern terminal 3 Delhi now has the fourth biggest airport in the world. 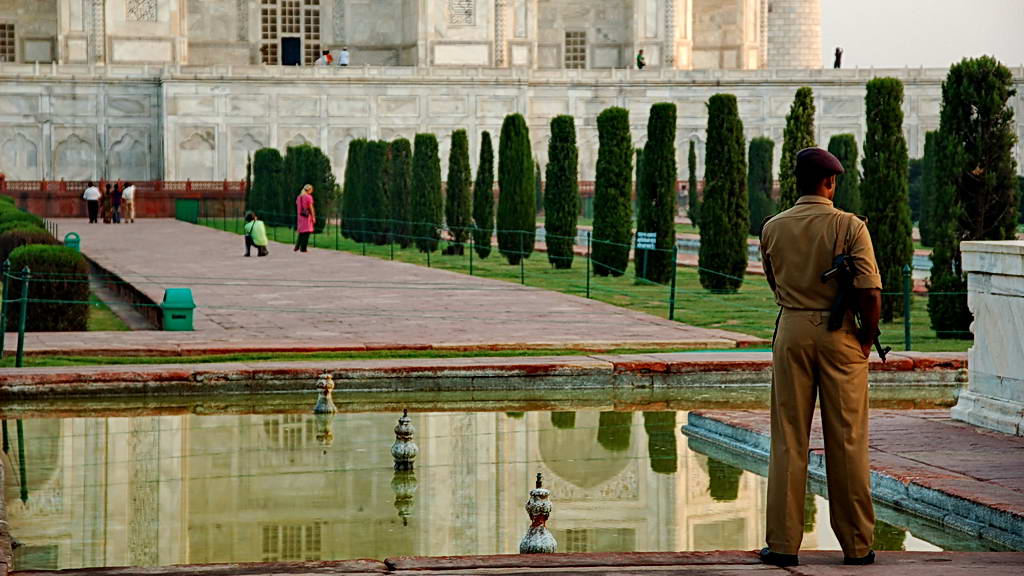 After breakfast, the car will take us to Agra. There the Royal Enfield bikes are waiting for you. You'll get a short introduction how to handle these classic old timers and a few suggestions how to treat them correctly. We'll also try to acquaint you with the logics of Indian traffic. But once you are on your way, you will see that it is not that difficult at all. 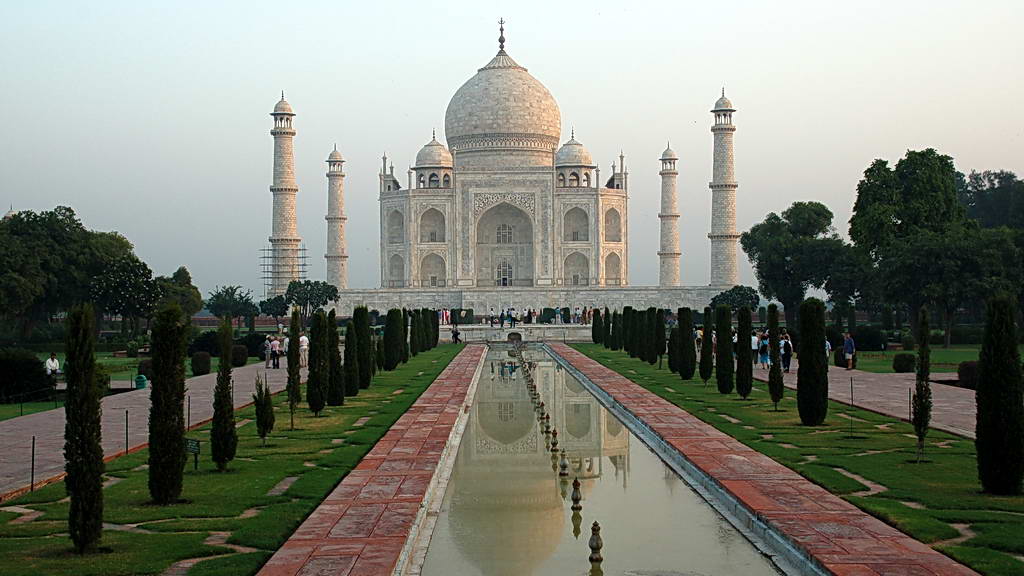 Early morning, before sunrise, we'll be witnessing the magic of one of the most perfect and beautiful buildings of the world, the Taj Mahal, a dream built in white marble and colorful gemstones. The famous Indian poet Rabindranath Tagore called it "a tear drop on the face of eternity". It was built in the 17th century under the Mogul ruler Shah Jahan who devoted it to his beloved wife Mumtaz Mahal. It is one of the best maintained and best guarded places in all of India.

Breakfast. Afterwards we mount our bikes for the first time. During a short trip, we slowly get used to this special bike and the Indian traffic. If you want, we drive appr. 30 km to the historical royal city of Fatepur Sikri, former capital of the Mogul emperor Akbar, and meanwhile UNESCCO world cultural heritage. Back in Agra you can spend the day as you prefer.

Advice: Make a trip with the tuktuk to the park on the opposite bank of the Yamina river, with a fantastic view of the Taj. If traffic jams prevent this, there are also wonderful spots on this side of the river. For your physical well-being, "Costa Café" can be recommended (good coffee and delicious cakes). 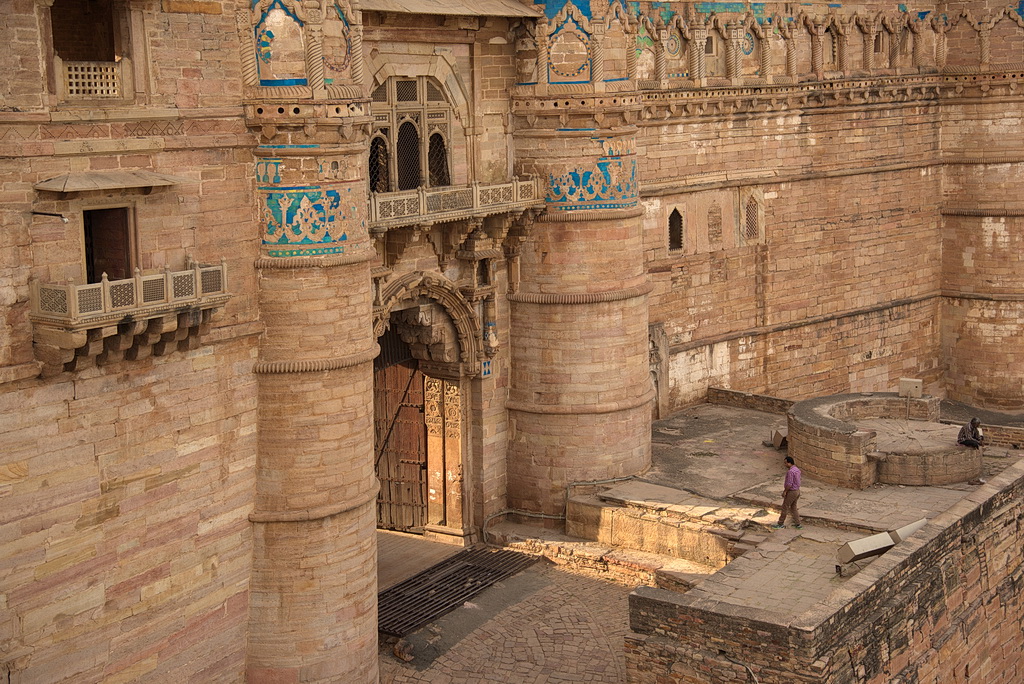 After breakfast in the hotel we get back on our bikes and drive about 120 km to Gwalior in Madhya Pradesh, the magical state of India. Gwalior is seat of a precious castle high above the city. Each evening they organize a spectacle with light and sounds that is worth to be visited. 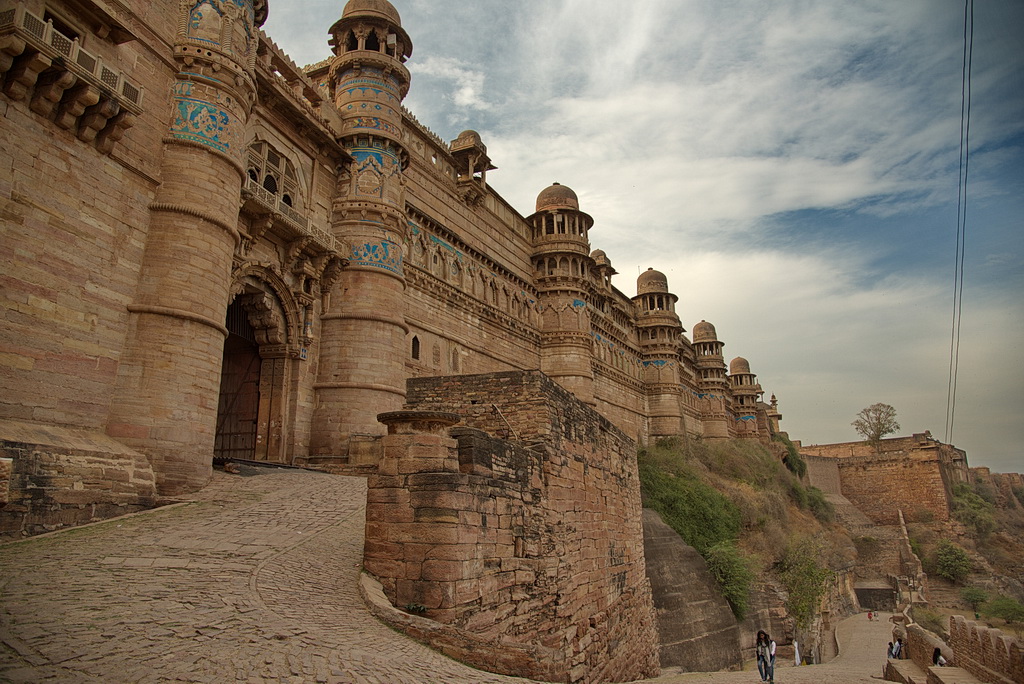 After breakfast, we have about 120 km for the ride to Orchha, former capital of the Bundela kings during the 16th century. 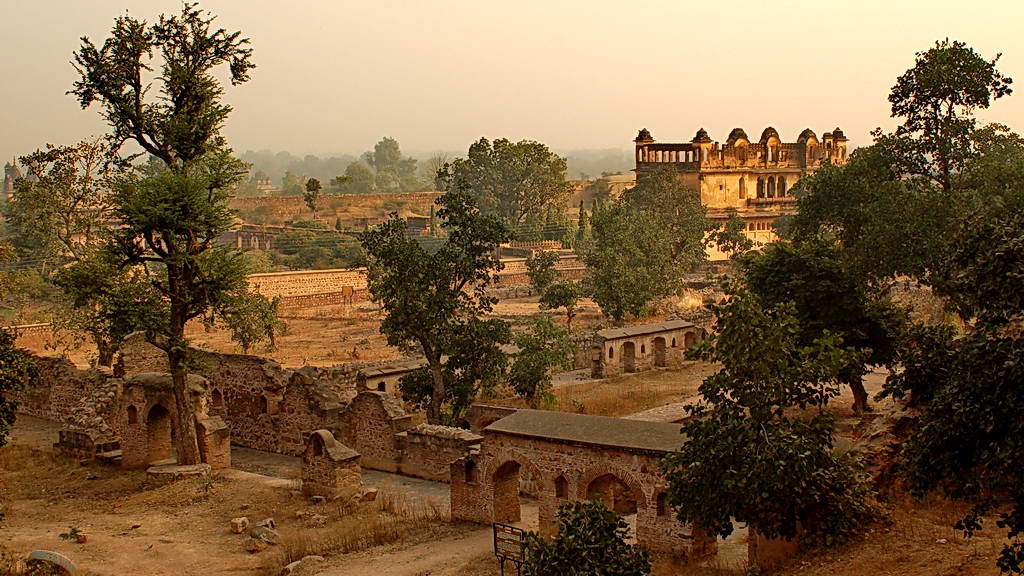 Breakfast. Orchha (English translation: "hidden") is an irresistibly charming city with an impressive amount of temples and palaces. There is so much to be discovered that another overnight stay is worth it. 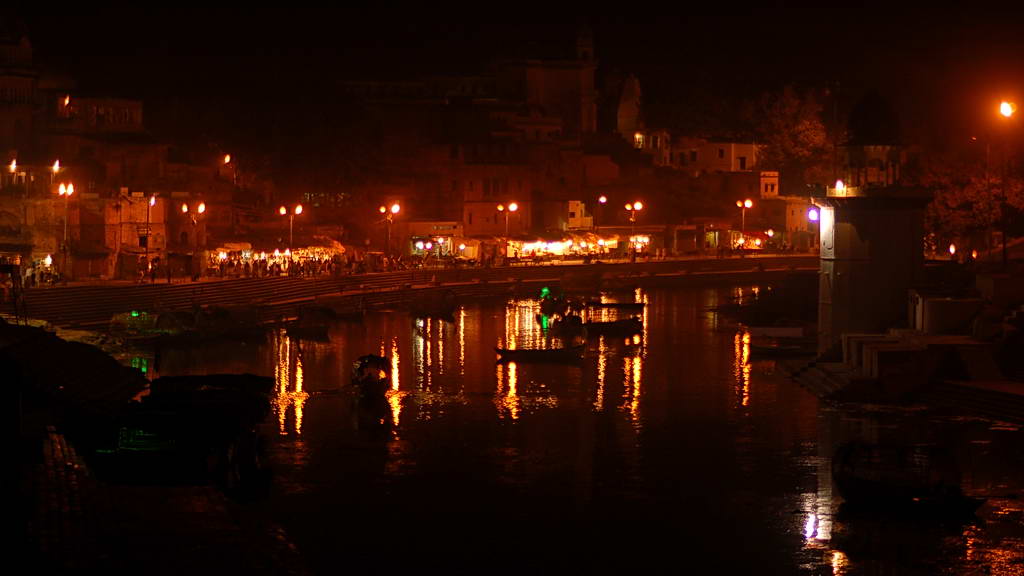 Breakfast. Many small roads without much traffic lie before us. Chanderi is about 160 km south of Orchha. Since the early 11th century, it has been an important trade center for central India as well as the residence of important dynasties. It is in the middle of a green, woody hill landscape with many lakes. The town is famous for its hand-woven Saris. Your guesthouse is located at a hill with a beautiful view of the landscape. Afternoon visit to the city. 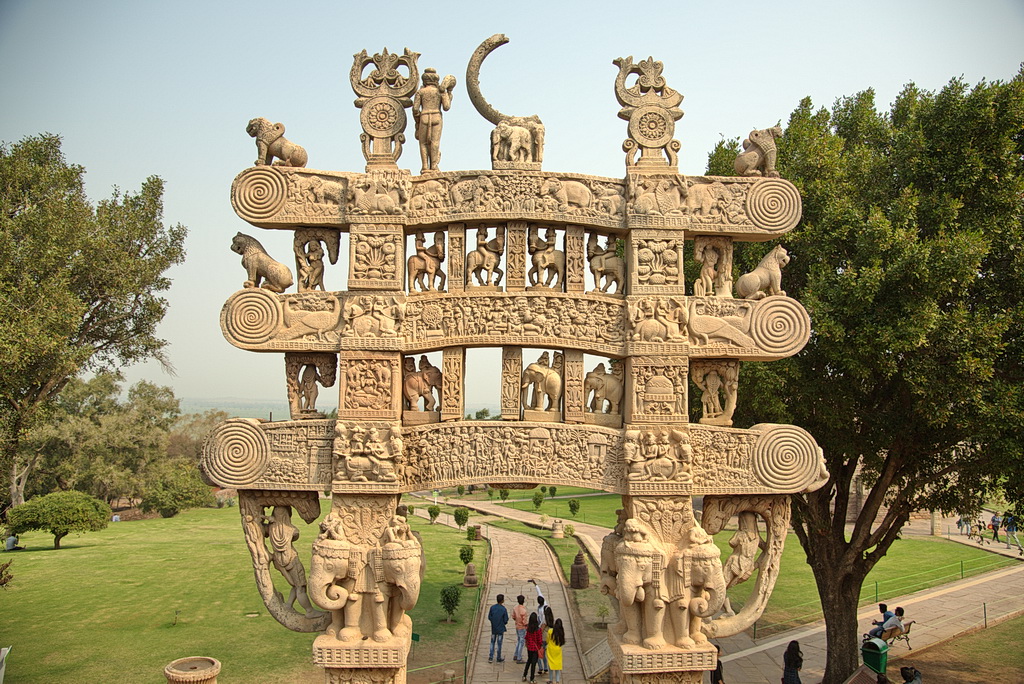 Breakfast. We continue in Southern direction, on small roads through rural India. Also today chances to be overtaken by an ox carriage are higher than to be overtaken by a car. The history of Sanchi dates back to the 3rd century BC, when the legendary empire of Ashoka spread all over India. Ashoka converted to Buddhism and was very emphatic about spreading this religion. In Sanchi you'll find many stupas which remind of the heydays of Buddhism in India. 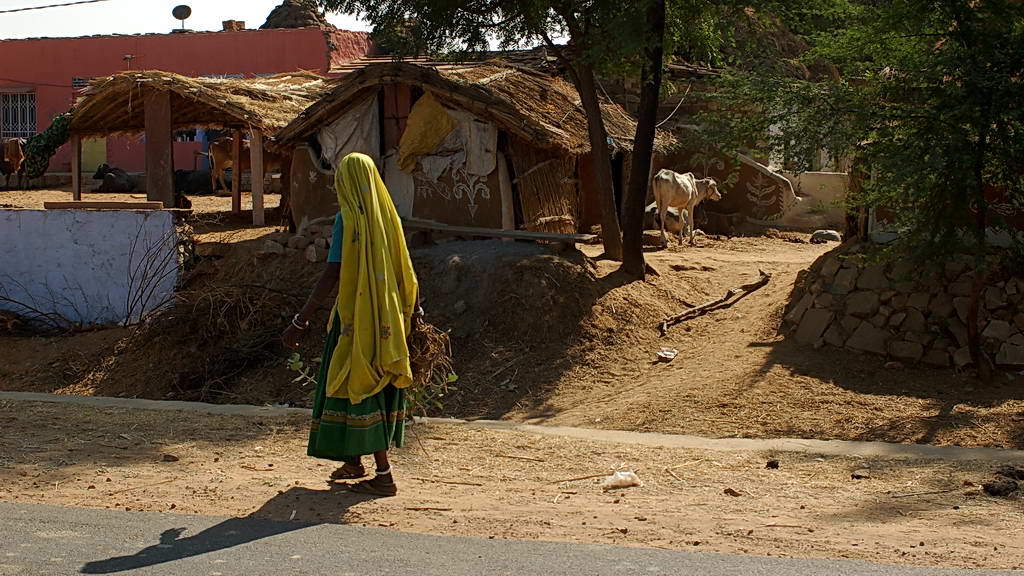 Breakfast. The roads today are not really in good shape, we can proceed only slowly. Only experienced drivers manage the whole distance to Kajuraho in one day, as originally planned. Therefore we make a stop in Sagar. 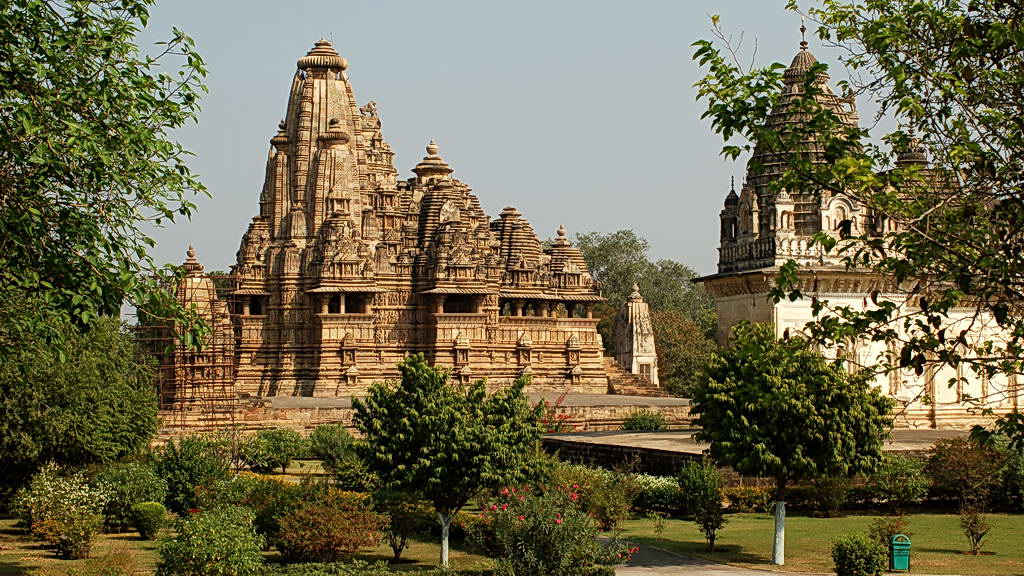 Breakfast. Today we go back to the National Highway, because otherwise we won't manage to reach Khajuraho in one day. Probably we'll arrive there late afternoon. Therefore we reserved the next day for sightseeing. 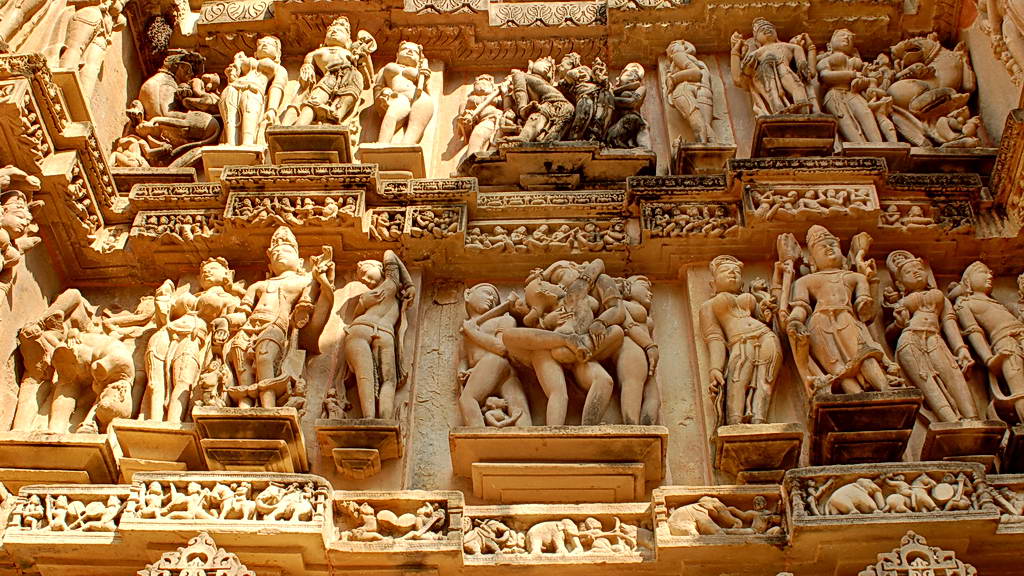 Breakfast. Today you'll have lots of time to admire the unique temple park with its 25 temples. Originally, there were 85 precious chapels which were built within 100 years, from 950 to 1050 AC. Still there is no explanation for why this unique ensemble was built in no man's land and not in the proximity of a big capital or bastion. Also the purpose of the erotic representations is controversial: Some experts believe that the Chandela Clan ruling at the time followed Tantrism, a religious persuasion which believes that blessedness is reached by "fulfilling earthly needs". Another interpretation says that the Brahman youngsters needed ostensive sexual education before entering the family phase. 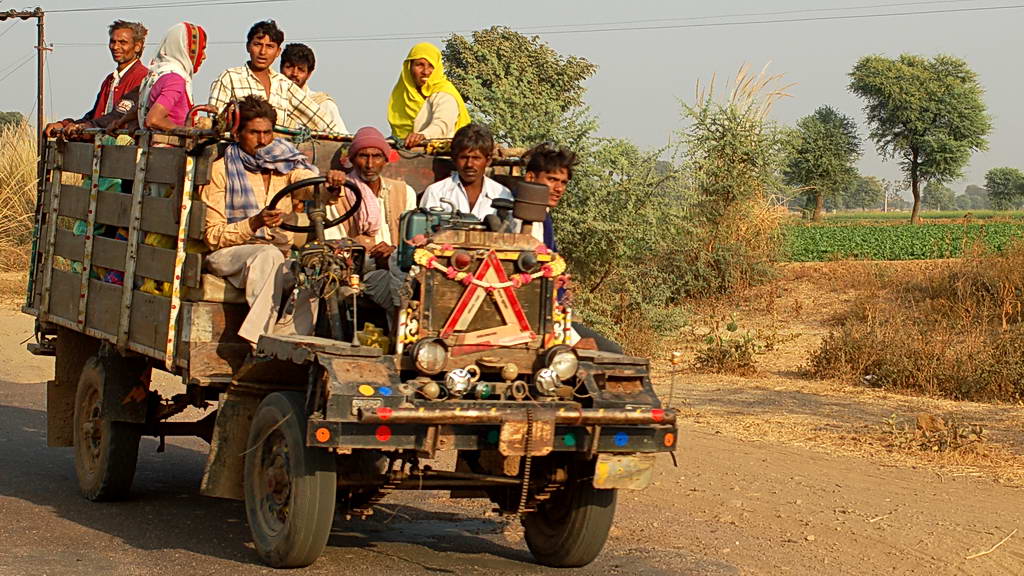 After breakfast, we get on the road to Chitrakoot. Chitrakoot, "hill of the many wonders", is placed in a lovely landscape with many forests and small rivers. According to legends, Rama and his beloved Sita spent eleven of fourteen years in exile. Over the centuries, many poets, philosophers and "searchers for meaning" were inspired by the special atmosphere of this location. It is also called "Little Varanasi". 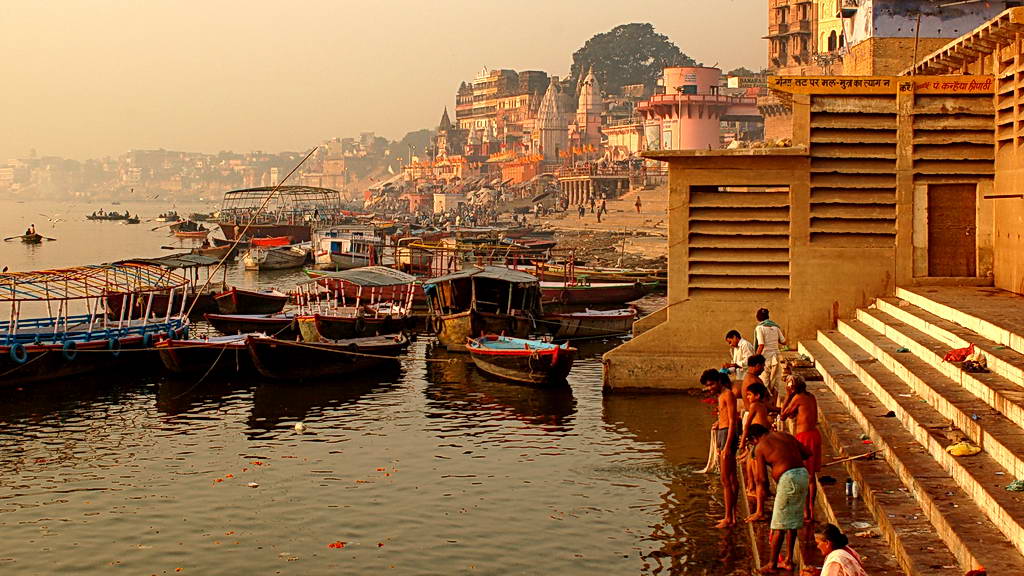 Breakfast, ride to Varanasi. Today we reach the religious capital of Hinduism, Varanasi, the former Benares, at the banks of River Ganges, one of the seven holy cities. Varanasi is already mentioned in the oldest epics as "the city of light" or "city of enlightenment". The name originates from the two rivers Varuna and Asi, which meet here. It is one of the world's oldest cities. About 1 million Hindu pilgrims come to Varanasi each year to take a bath in the Ganges and thus wash off their sins and to prey for the deceased. Each religious Hindu wants to die in Varanasi, because only here he can reach "moksha", the detachment from the eternal circuit of birth and death. 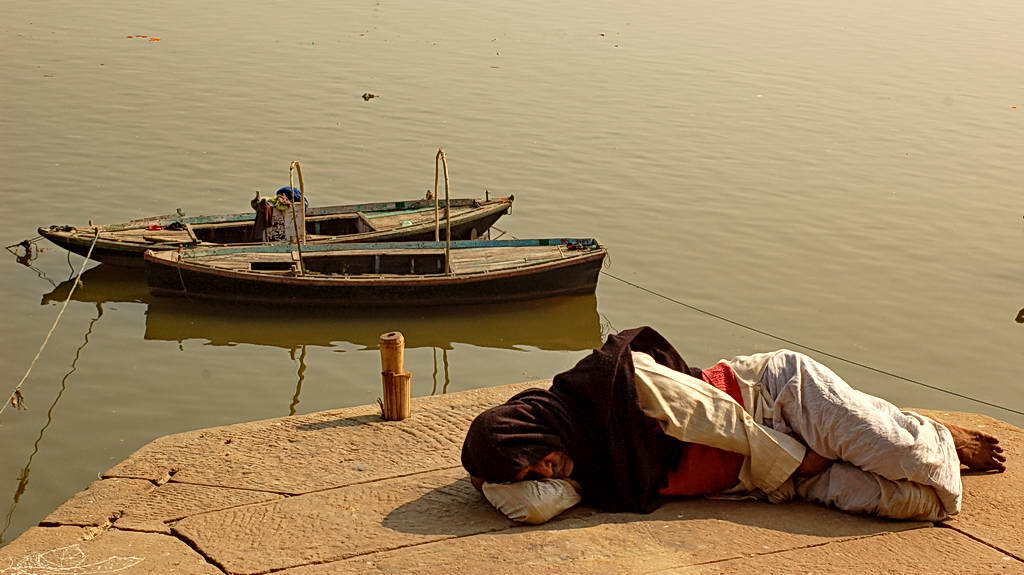 Breakfast. Two days in Varanasi hardly suffice to catch the special spiritual atmosphere of this town. It is best to start the day with a boat trip at sunrise, to watch the busy life at the more than 100 ghatts at the West bank of the river. The evening ceremonies in honor of the river goddess Ganga are an unforgettable experience, too. Besides the many objects of interest Varanasi is also famous for its silk saris, which belong to the endowment of every Indian bride. 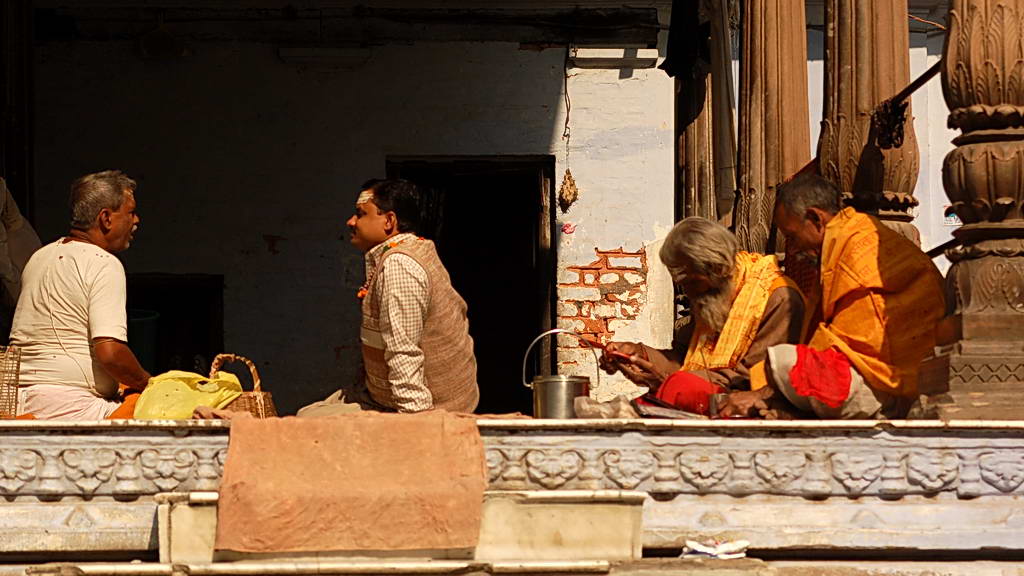 Afterwards an adventure of the special kind will begin. We take the train to Delhi. A train ride in India cannot be compared to riding the train in Europe. Already the train stations are different. You see people, whole families everywhere, standing, sitting , lying. When the train finally arrives, sometimes with a delay of many hours, masses of people try to get into the already full wagons. But don't worry, we travel 1st class with comfortable sleeper cabins.

On our way, there will be many unexplainable stops. Clerks, magicians, beggars, everybody able to walk is looking for customers in the compartments. If you don't take it too serious it is an entertaining program. Early morning we'll reach Delhi station more or less rested.

This is an experience which many of our customers especially like to remember, the train ride in India. 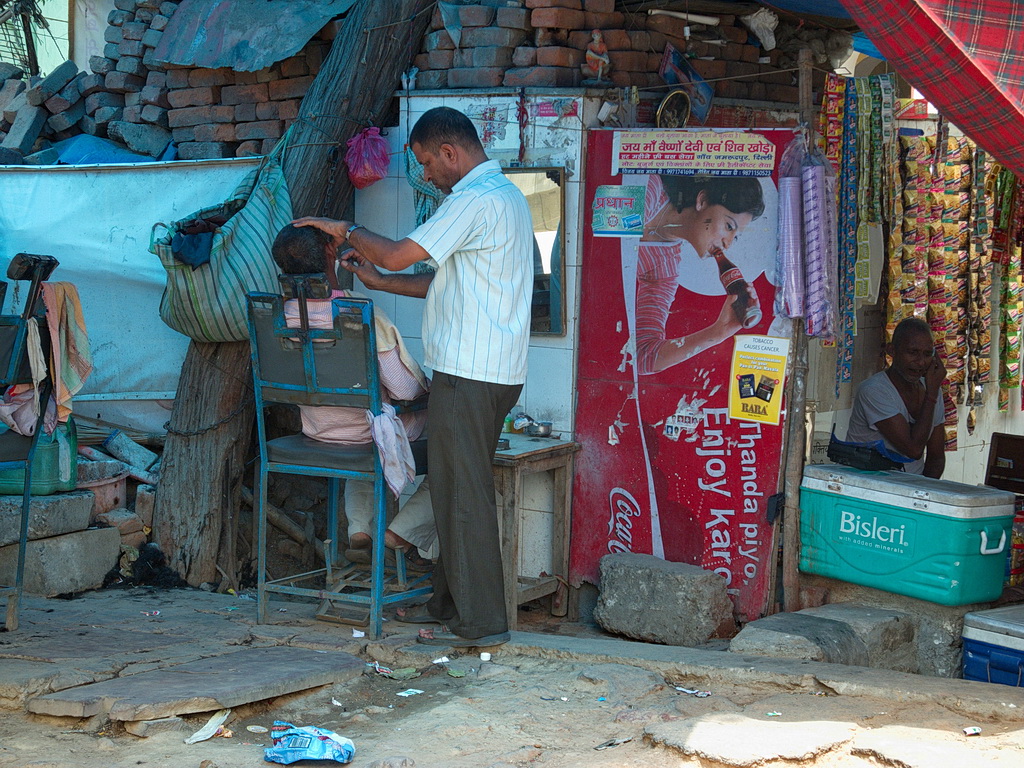 Breakfast. A day in Delhi is a perfect ending for our tour in the Heart of India. You'll have enough time to visit some of the places of interest and to use the shopping opportunities. 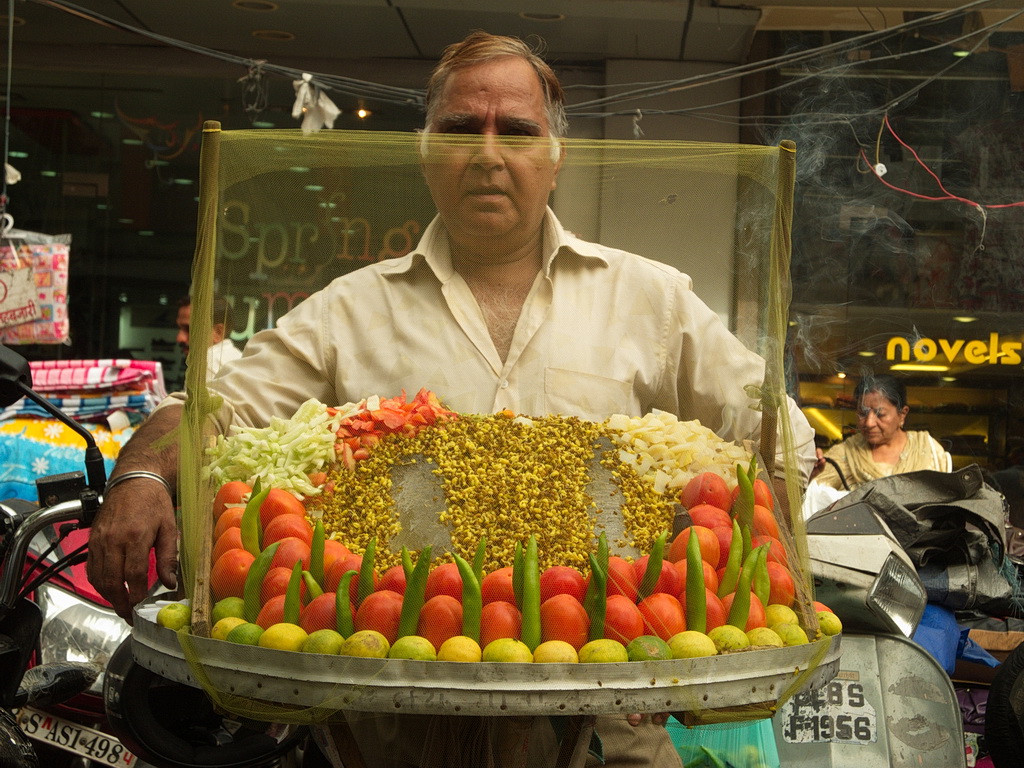 The planes back home usually start early in the morning. We hope that you enjoyed this trip in the heart of India, and that we may welcome you soon again in India. Maybe in the exotic-tropical South or in Ladakh, in the Himalaya mountain range. 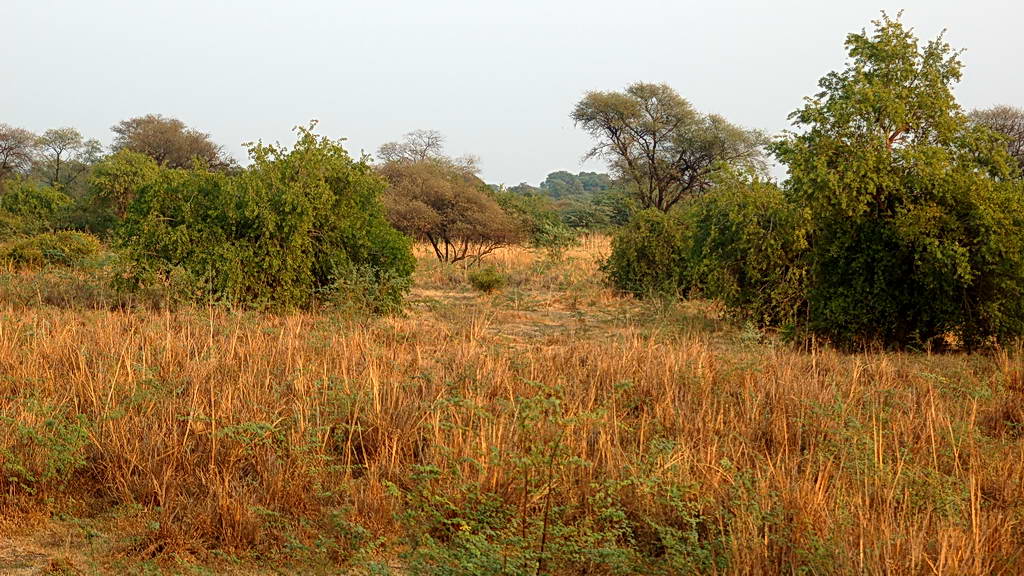 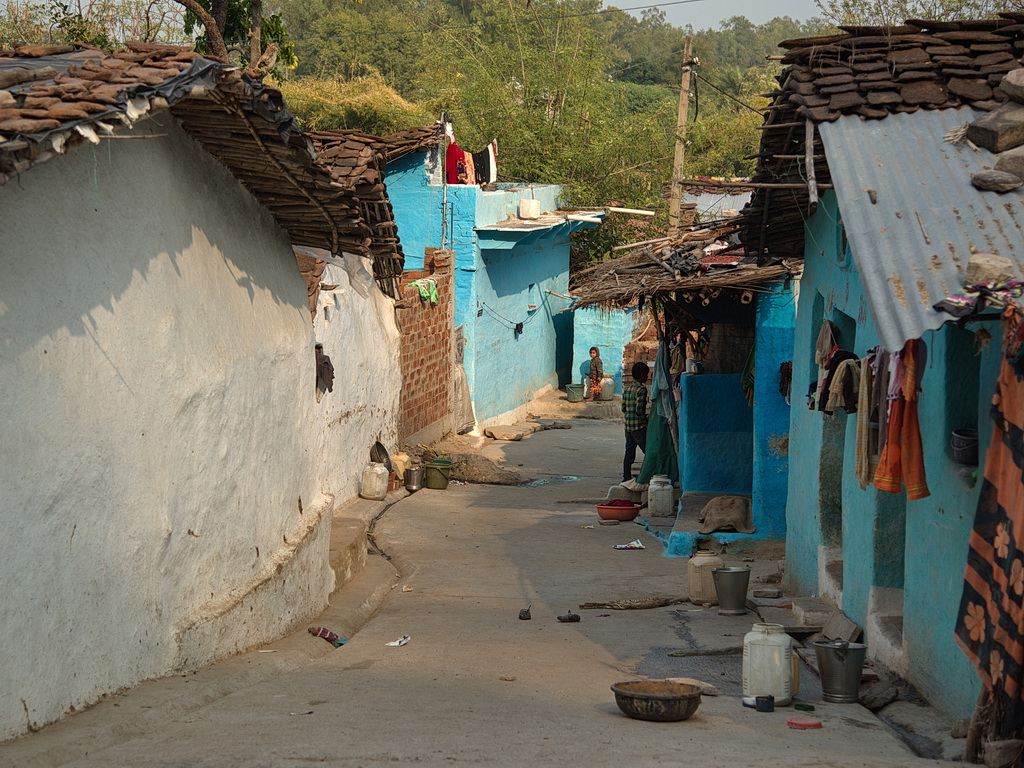 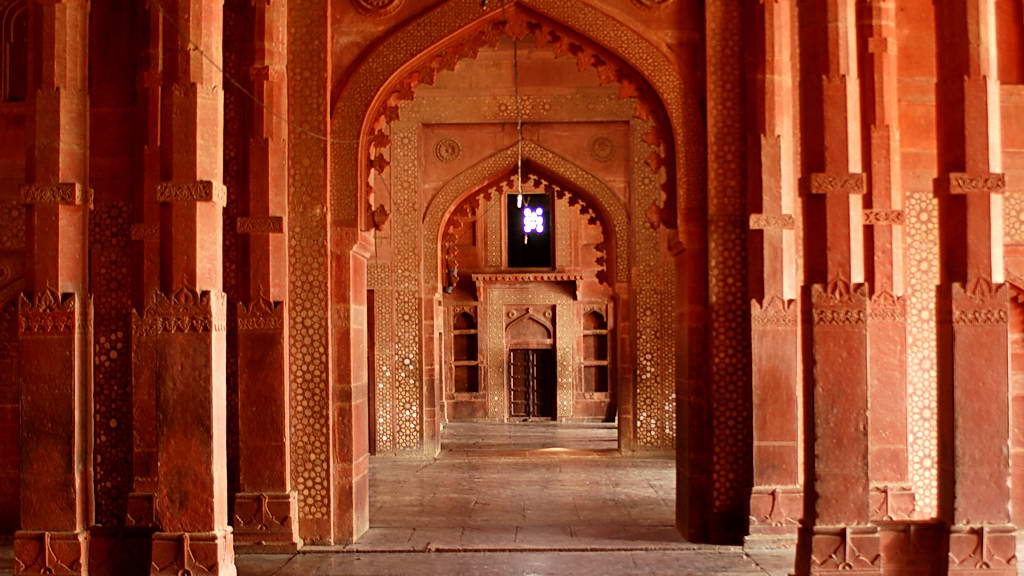 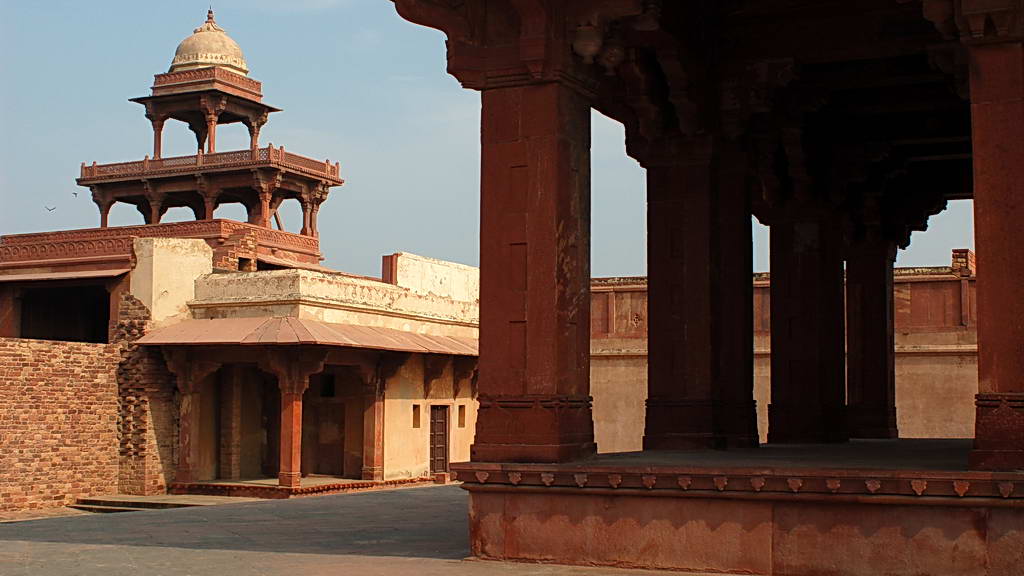 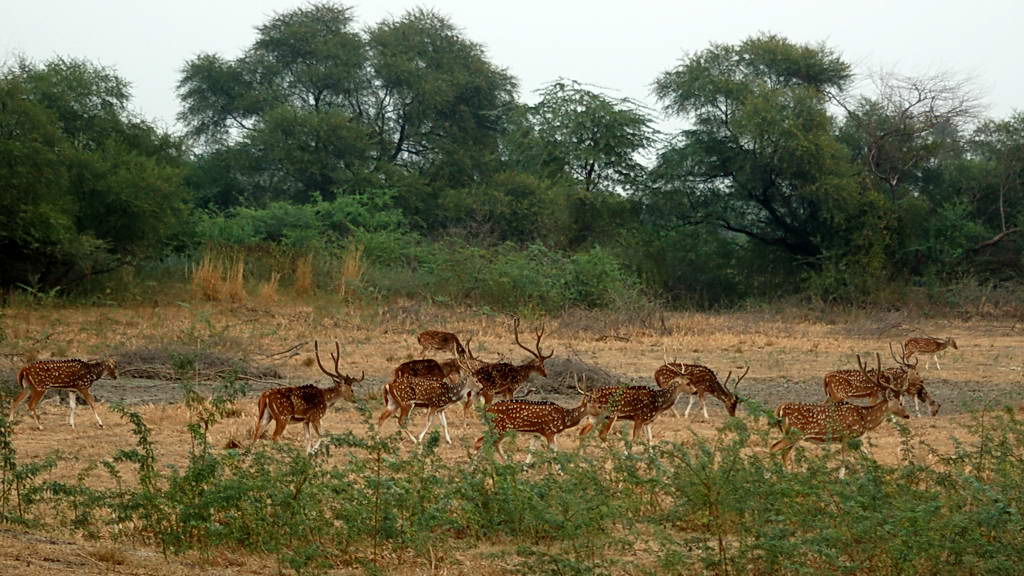 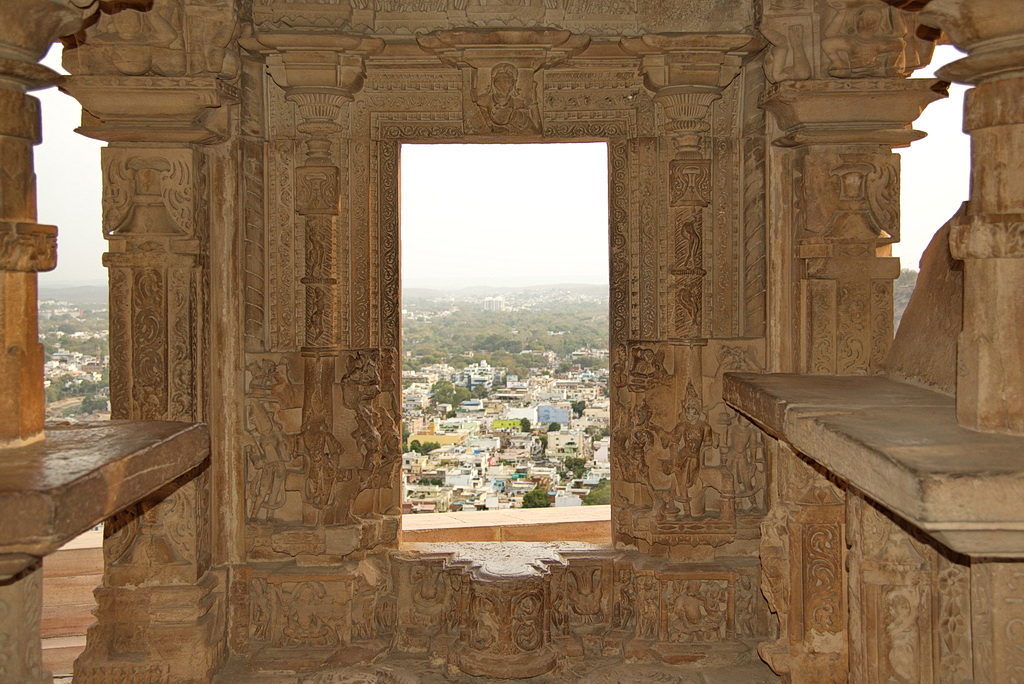