Georgia is located in the Eurasian Caucasus between the Black Sea in the west, Russia in the north and Azerbaijan in the south. The country, which was also known under the name of Georgia in Soviet times, covers an area of ​​69,700 km², comparable to Ireland, and has a total population of 4.3 million people, mostly ethnic Georgians.

Georgia, the cradle of viticulture, is a Christian country and boasts sincere, warm hospitality and one of the most beautiful natural landscapes in the world, which is perfectly suited to be explored by motorcycle.

Georgia is located at the crossroads of caravan and trade routes, which were important traffic routes between Europe and Asia in the Middle Ages. The medieval traditions that go back to the times of the famous Silk Road can be felt everywhere. For a long time, Georgia was considered a strategically important hub for the world's trade routes, especially in its role as a significant base of the famous, historic Silk Road, which nowadays offers a wonderful backdrop for adventurous motorcycle trips in Georgia.

Georgian hospitality is legendary. The conviction that guests are gifts from God and must be treated with appropriate reverence is firmly anchored in the national thinking of Georgians. The Georgian tradition of toasts (Georgians proudly boast of having invented it) combines poetry and philosophy.

Try the famous Georgian wines, delicious, lovingly hand-prepared specialties such as Khachapuri, Hinkali, homemade sheep cheese and the hearty, traditional mutton shashlik. Not only does love go through the stomach, but also the national spirit of a country can be better grasped and embraced through its variety of dishes.

Experience all facets of this amazing country on a guided motorcycle tour through Georgia! 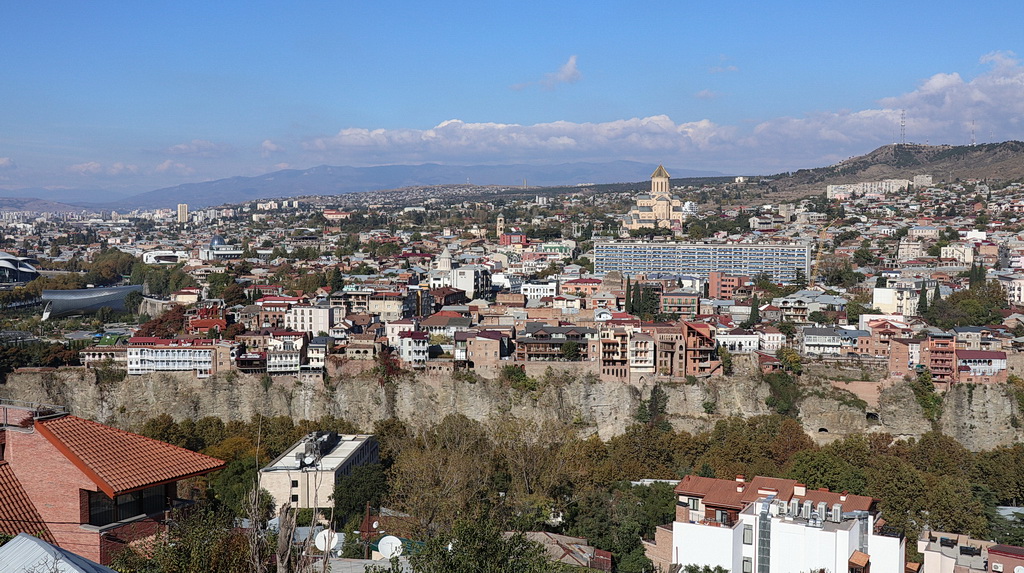 Upon arrival at Tbilisi Airport, also known as Tbilisi, you will be transferred to the hotel. As soon as the entire travel group is present, there will be a briefing with all the necessary information about the itinerary and instructions on how to properly use the assigned motorcycle. Depending on the model, any special features will be explained in detail, followed by a test drive, which should ensure that the vehicle corresponds to your driving skills and that you completely like it. A knowledgeable mechanic is always at your disposal.

The old and modern city of Tbilisi / Tbilisi

A walk through history: After the rule of the Byzantines followed the Persian Kingdom, the Arab Caliphate, the Khoresm Kingdom and then the Ottoman Empire. The small country in the Caucasus was also shaped by the invasion of the Mongols and Tamerlans, the birth of Christianity and, last but not least, the communist era of the Russian rulers. Each of these epochs has left its legacy in Tbilisi, which can be seen in the oriental palaces, the splendid Orthodox churches, the madrasas (Koran schools) and the famous sulfur baths. Since it was founded in 458, the history of today's city of Tbilisi has been shaped by constant change and turbulent, historical events such as wars, economic uprisings as well as destruction and revival 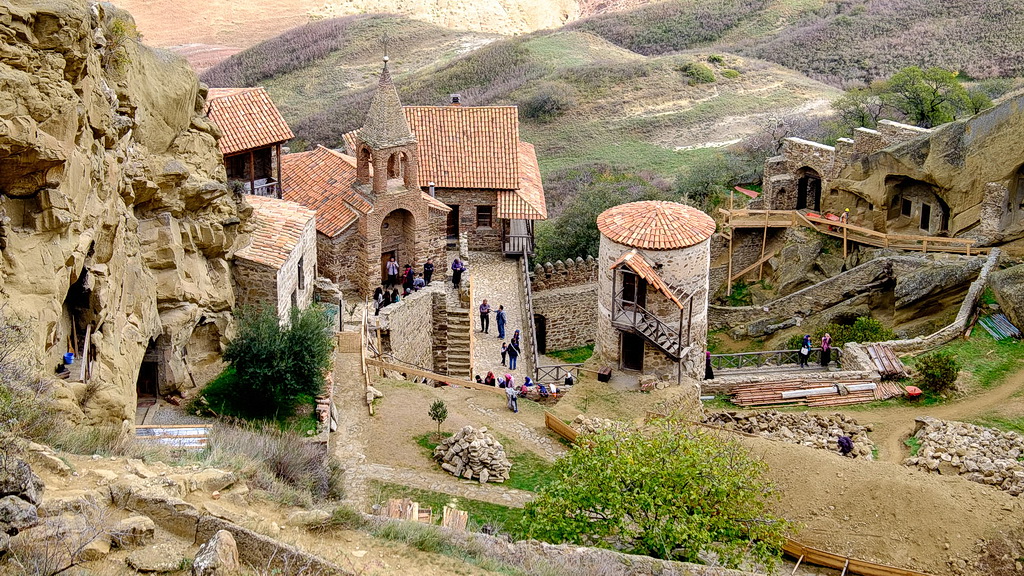 On our first day we drive an unforgettable 140km along the steppe landscape and the typical, savanna-like grassland of this area towards the east into the long-established wine region of Kakheti. On the way there we visit one of the most important religious monuments in Georgia, the oldest Orthodox monastery complex in the country, Dawit Gareja, which dates from the 6th century AD and was built on Mount Udabno, right on the border with Azerbaijan. The monastery is of particular importance for Christianity in Georgia, as it is considered the place of origin of religion and is accordingly heavily mystified. Dawit Gareja (also known as Davit Gareja) is a legitimate contender for the title of UNESCO World Heritage.

At around 3 p.m. we finally arrive in Sighnaghi, one of the most idyllic and from a tourist point of view most popular cities in Georgia with a spectacular hilltop location that offers a fabulous view of the Alasani Valley and the Caucasus Mountains in the background.

Only 2km from Sighnaghi is the Bodbe women's monastery with its wonderful frescoes, which was built in the 4th century over the grave of Saint Nino, a healer and convertor of the Georgians to Christianity.

When visiting a wine-growing region, the most important thing must of course not be missing: the wine tasting! In the evening we raise our glasses and enjoy a delicious Georgian drop with a picturesque sunset with a view of the Caucasus. There is certainly no better way to end this eventful day! 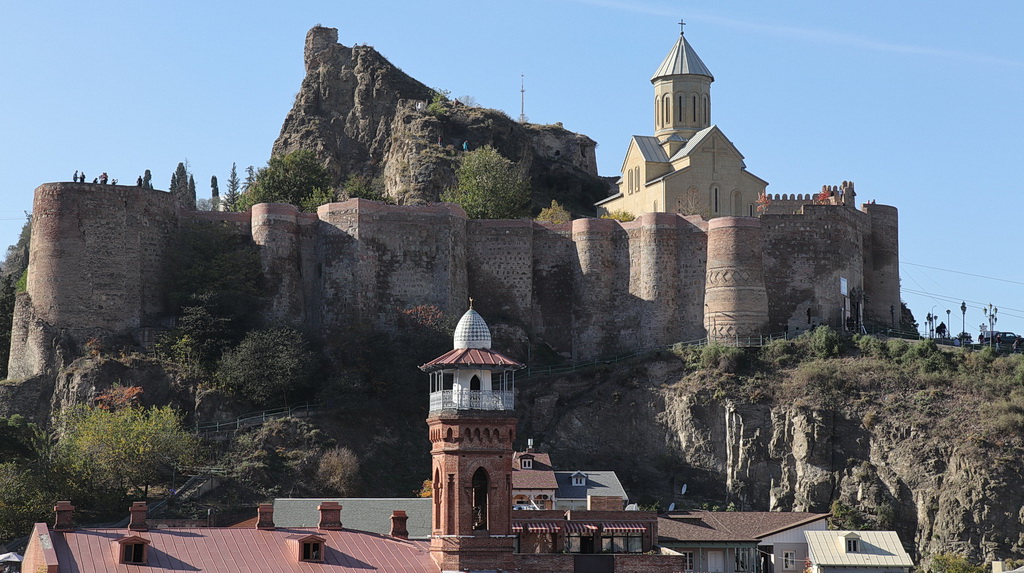 We continue through one of the oldest wine regions in the world, Kakheti, where the first vines were grown 7000 years ago. The countless wineries extend in the fertile valley along the picturesque Alasani River, framed by the white peaks of the Caucasus.

Culturally, there is a lot on the program: a trip to the Gremi architectural complex from the 16th century, a visit to the house-museum and park of the Georgian Prince Aleksandre Chavchavadze and a visit to the Alaverdi Cathedral (11th century) and the Schuamta monastery (7th - 16th century).

In the early afternoon we leave Kakheti and drive towards Mtskheta, the ancient capital, which is still the religious center of the country today.

The cultural monuments of Mtskheta have been a UNESCO World Heritage Site since 1994 and are under monument protection. 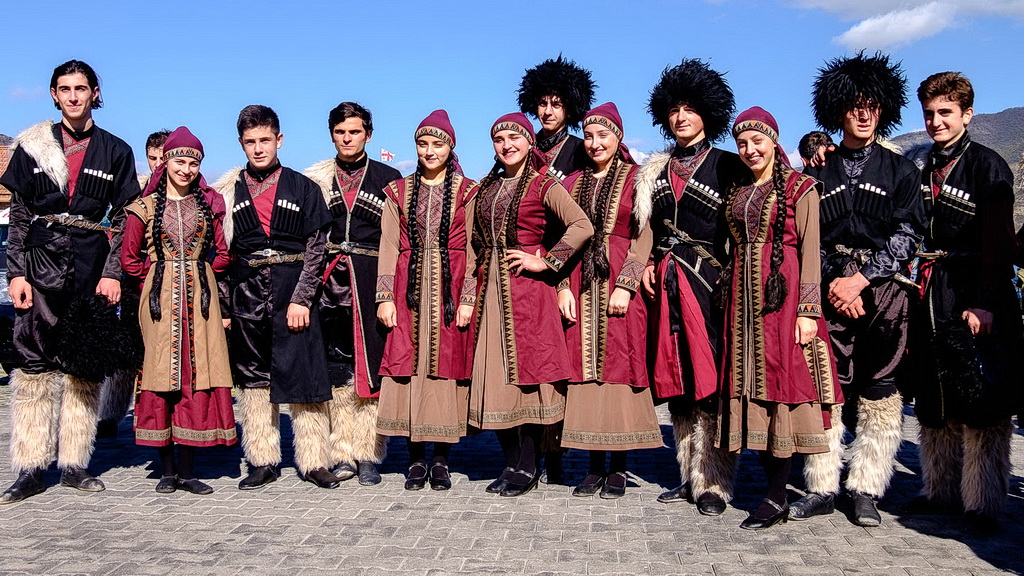 Before we set off towards the Caucasus, we first visit the Djvari Monastery, which translates as "Cross Monastery" and is also part of the UNESCO World Heritage Site.

The Djvari Monastery rises on a hill above the confluence of the Aragwi and Kura rivers and offers an exceptionally beautiful panoramic view of the city of Mtskheta.

Afterwards we drive over the old Georgian military road into the heart of the Caucasus up to an altitude of 2382m. In Stepantsminda you can visit the famous Gergetier Trinity Church (Gergetis Sameba) with its spectacular location at an altitude of 2150m.

At 3 p.m. we check into our hotel and can enjoy the rest of the evening with a beautiful view of the Kazbegi mountain landscape.

Additional information: For the driveway to Gergetis Sameba Church by car, 4 × 4 off-road vehicles can be rented for a surcharge. This transport service waits for the guests after the outward journey at the sight and brings them back to their accommodation. 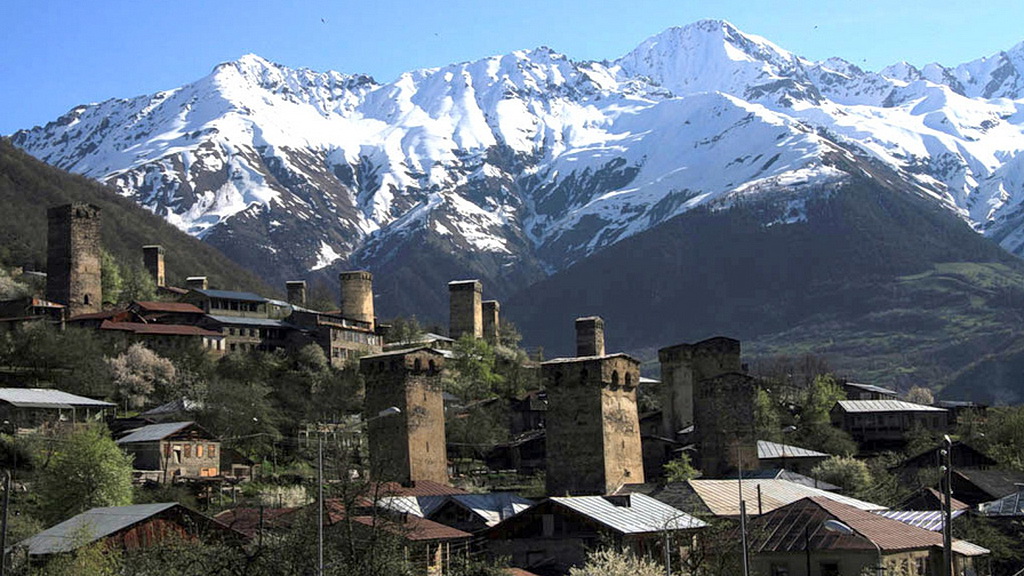 The longest stretch of our motorcycle tour takes us to Kutaisi, the second largest city in Georgia, the capital of the ancient Colchis region, the site of the Argonauts legend, in search of the Golden Fleece. This is followed by the city tour with a visit to the completely renovated Bagrati Cathedral, another UNESCO World Heritage Site from the 11th century, and the Prometheus Cave. This breathtaking stalactite cave is a true natural wonder that was only discovered in 1984 and is located near Kutaisi in Tskaltubo. 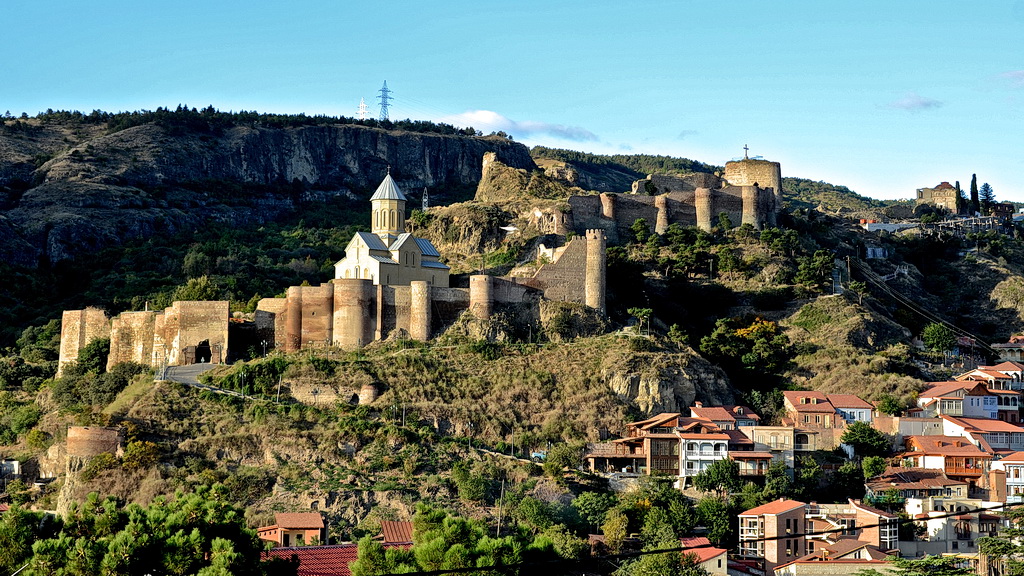 The motorcycle tour through Georgia takes us on to Svaneti, one of the most isolated and inaccessible mountain regions of the Greater Caucasus. Svaneti is considered to be the most beautiful and pristine region in the country, with untouched nature, glaciers and the highest mountain villages in Europe. After a 200km drive through the impressive Georgian mountain landscape, we reach our destination of the day Mestia at around 5:00 p.m. 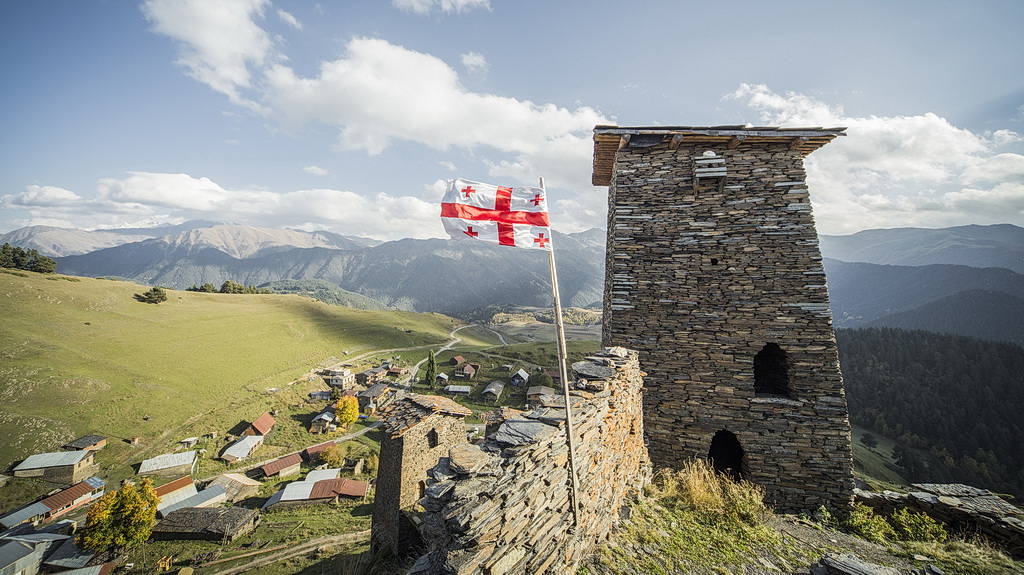 Tour: we spend a full day in Svaneti and visit Ushguli, the highest village in Europe at 2200m above sea level. The imposing defense towers of Ushguli are also part of the UNESCO World Heritage. From here a picturesque sight opens up to the highest mountain in Georgia, the Shkhara summit (5068 m). After lunch you can visit the local museum, where historical church relics are exhibited. The museum also boasts a collection of Vittorio Sella photographs from the late 19th century, depicting the hard life of the locals at the time. 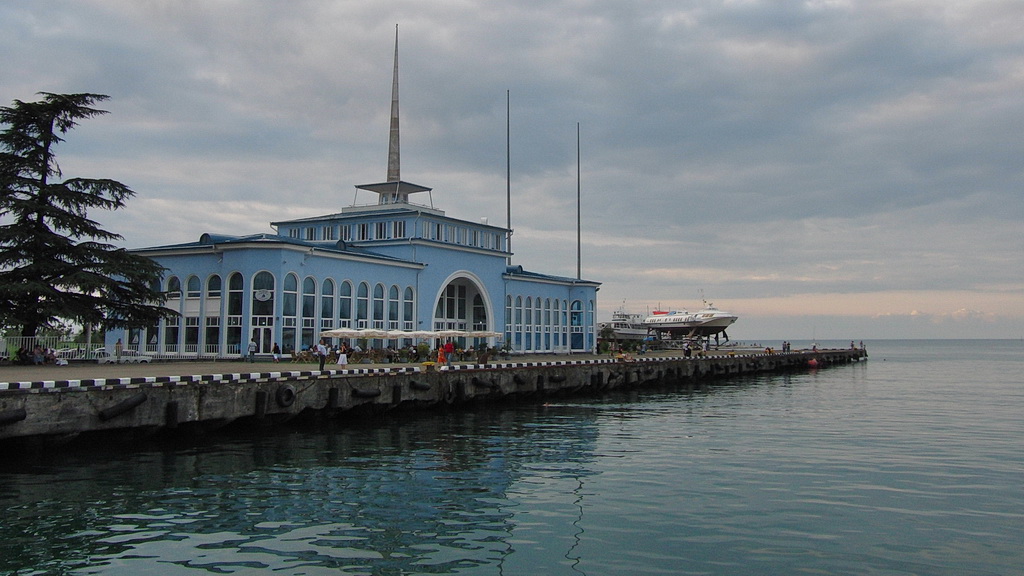 After breakfast we drive to Batumi. The journey time to the modern port city on the Black Sea coast is about 6 hours.

Batumi was founded in ancient Greece under the name "Batis", from the Greek for deep harbor. In the 16th century the Ottoman Empire took over and from 1878 Batumi was part of Russia. The centuries-old influence of Europe and Asia is reflected in the architecture and the diverse culture of the city.

At 5:00 p.m. we check into our hotel. In the evening we can immerse ourselves in the nightlife of Batumi with a clear conscience, because the following day free time is on the program, which can be arranged completely freely, according to individual wishes and preferences. 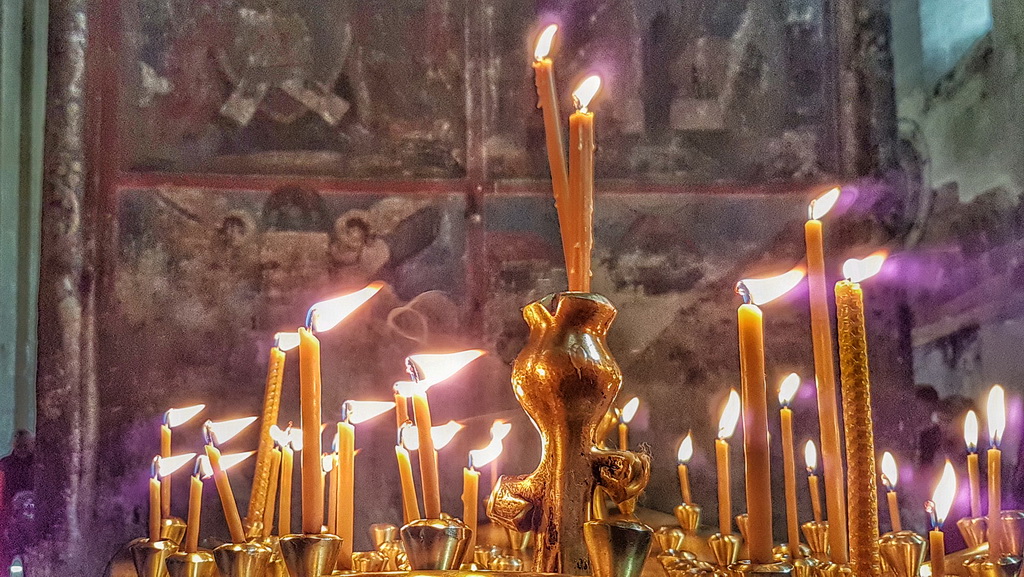 Tips on places of interest:

Plants from several vegetation zones are exhibited in the Botanical Garden, from the humid subtropics in Transcaucasia, New Zealand, Australia, the Himalayas, East Asia, North America, South America, Mexico to the Mediterranean

The old Colchian kingdom, today's western Georgia, was closely linked to ancient Greece and the Roman Empire. In western Georgia there are still monuments from Greek, Roman and Byzantine times. One of these monuments is the ancient Roman citadel Gonio-Apsaros. 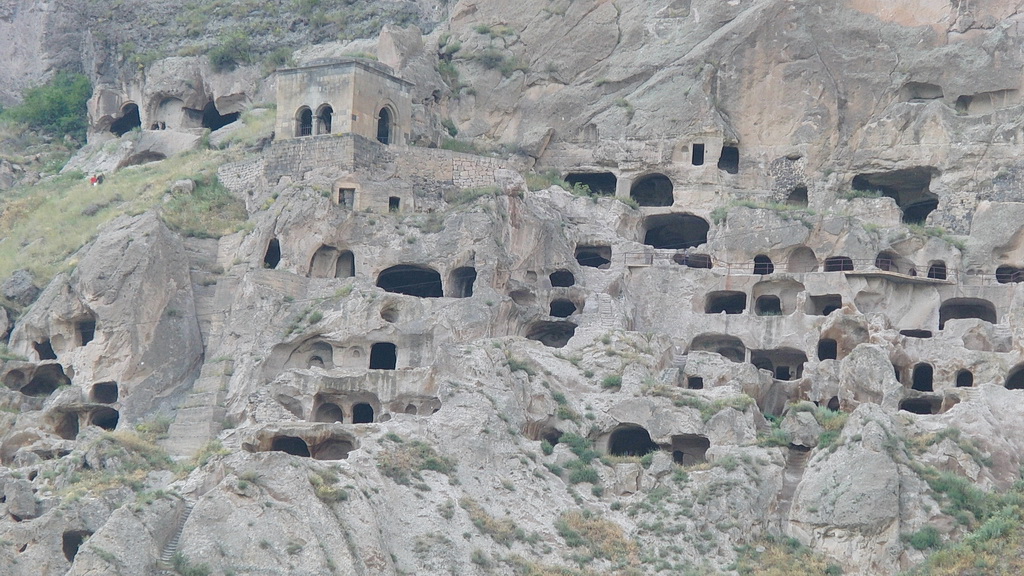 Our tour continues over the 2000m high Goderdzi Pass to Akhaltcikhe. Today we cycle alternately on a gravel road, forest landscape and asphalt. In the past centuries the Georgian, Russian and Ottoman troops fought bitterly over this city. The influence of all these cultures can be seen particularly well in Akhaltsikhe, for example at the Rabati Fortress with its architectural features from numerous epochs. 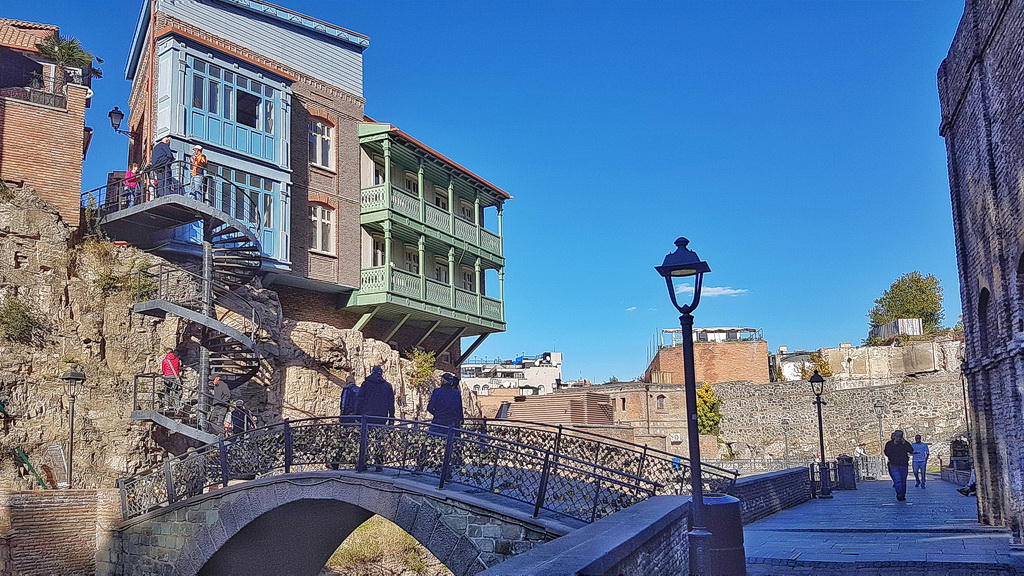 On the last day of our motorcycle tour through Georgia, we set course for the Georgian capital Tbilisi, the starting point of our Enduro tour. On the way we make a stop in a cave town of Vardsia. The city was built as a border fortress against the Ottomans and Persians. Originally 3,000 apartments were built for the residents on up to seven floors, which offered space for 50,000 people. After a severe earthquake, only 750 of them are preserved today on an area of ​​around 900 square meters. After the tour of the cave city, we continue our journey. Our tour ends with the arrival in the capital around 5:00 p.m. In Tbilisi you will spend the night in a centrally located hotel. For full relaxation on the last day of the tour, we recommend a sulfur bath followed by a professional massage, just a 5-minute walk from the hotel. In the evening you can end the trip with a cozy visit to a restaurant in one of the many top restaurants in the city. 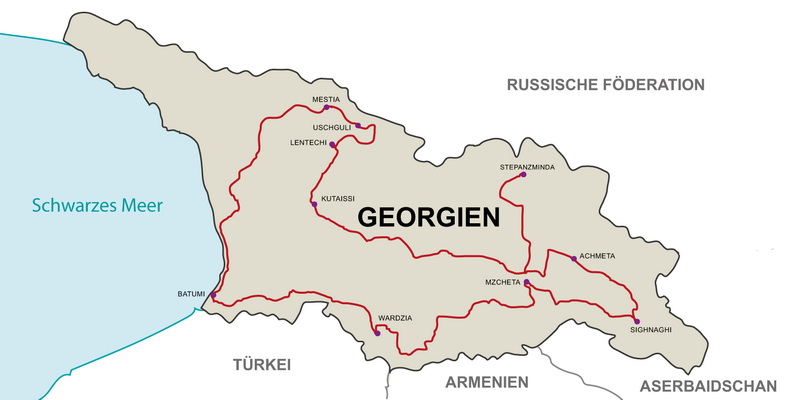 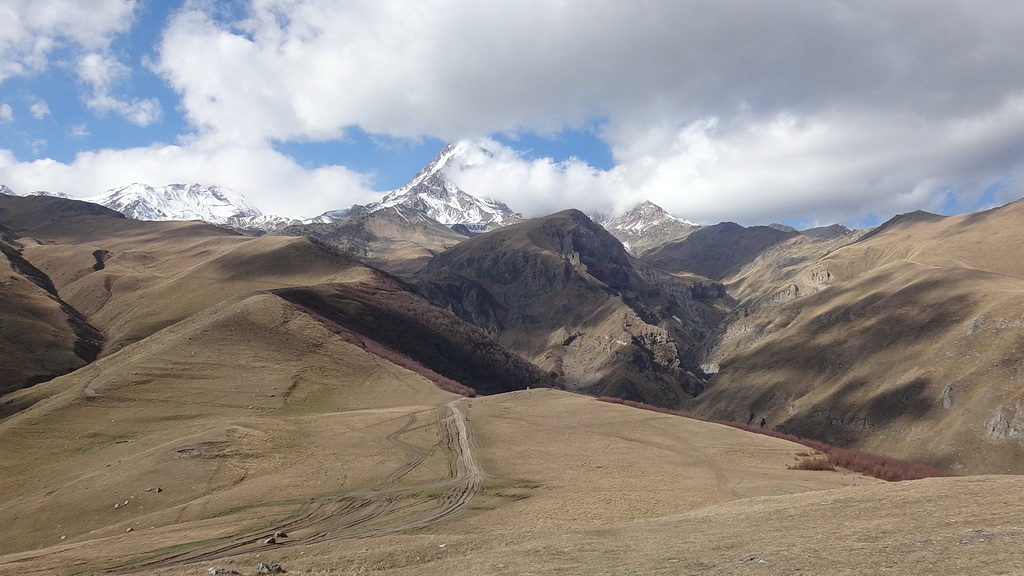 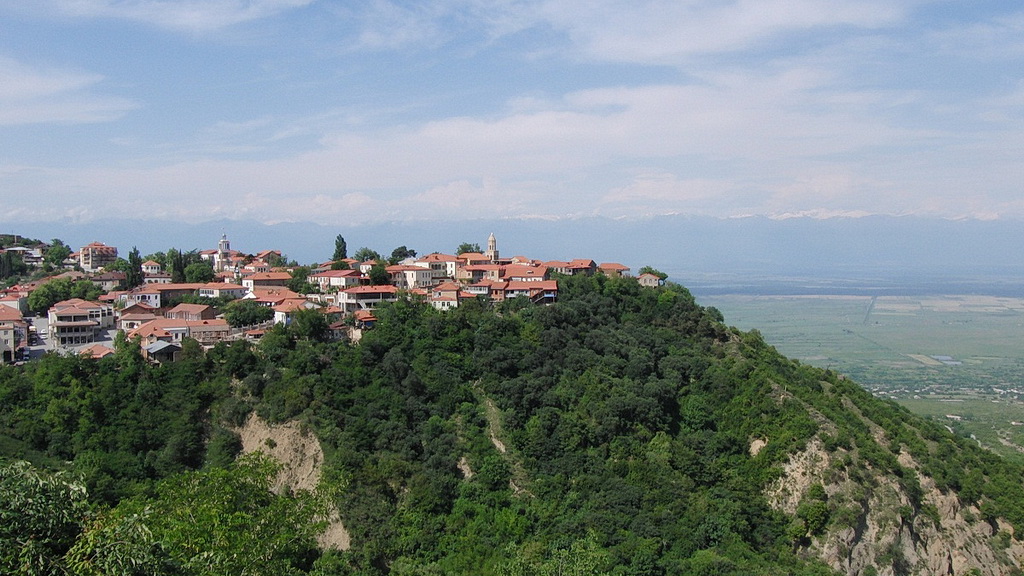 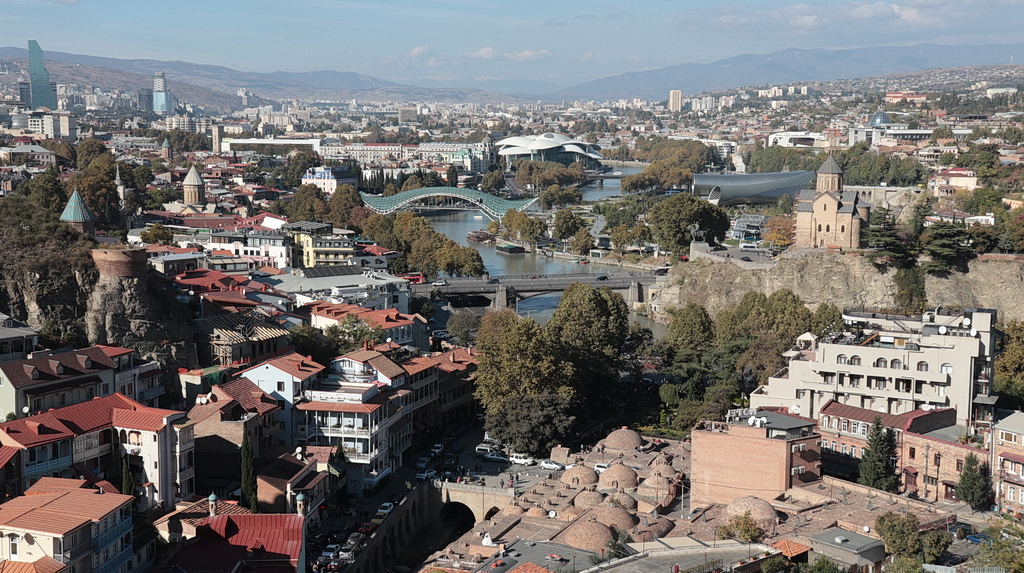 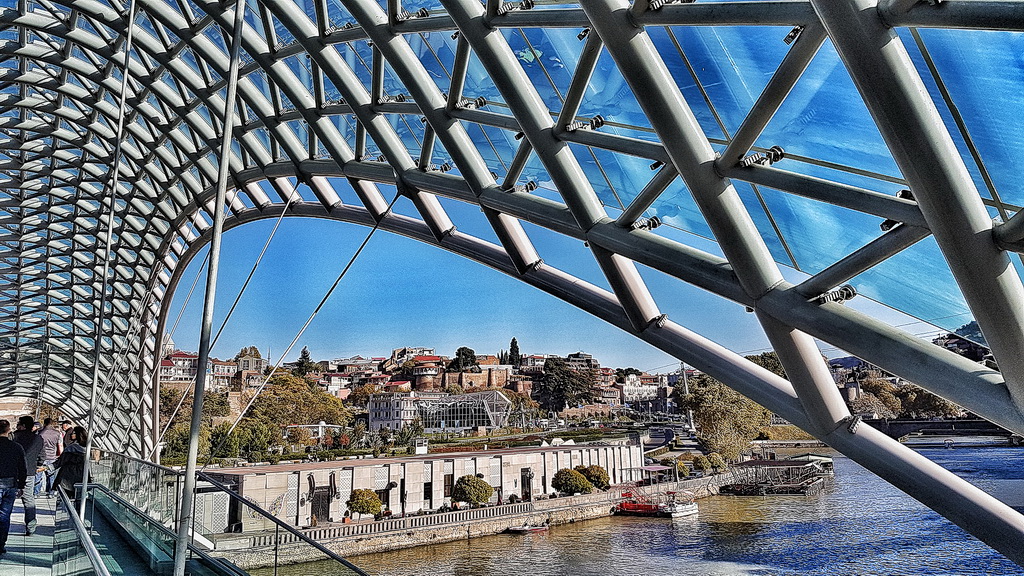 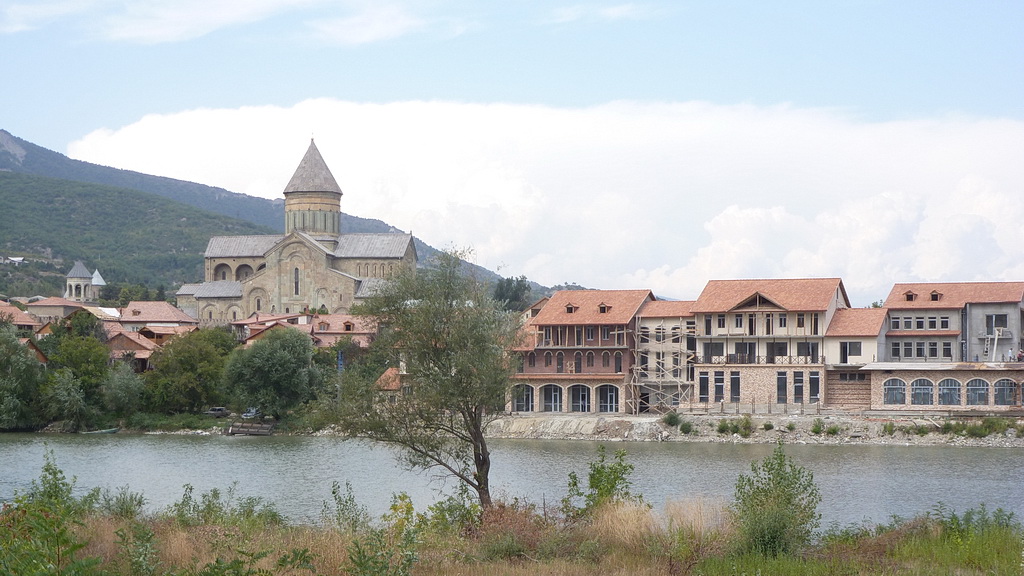 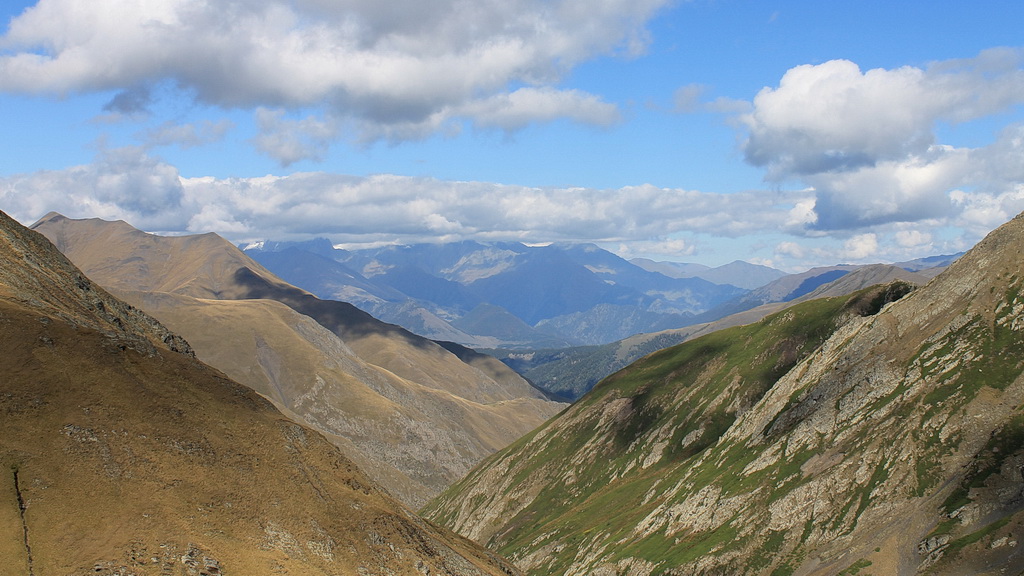 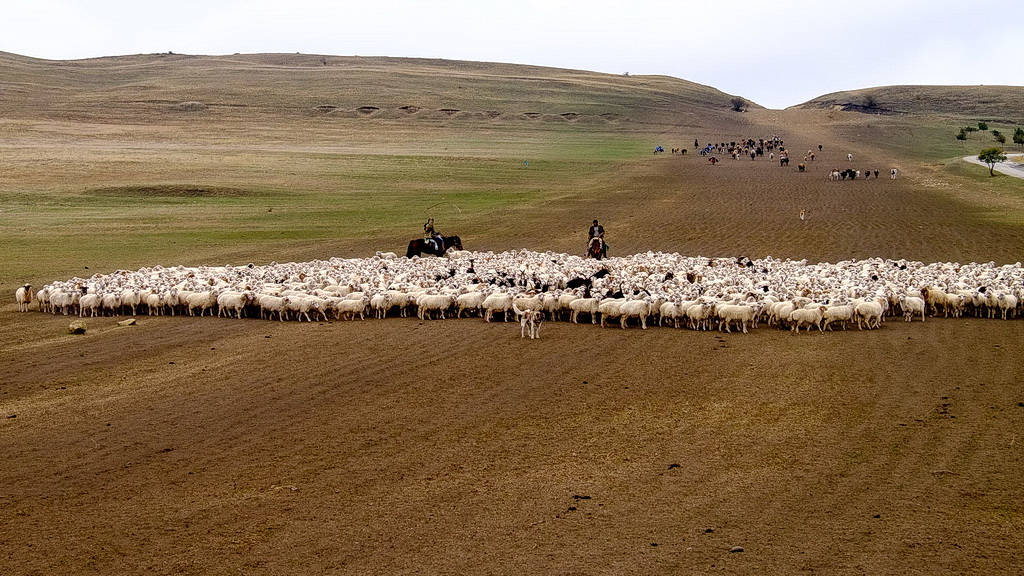 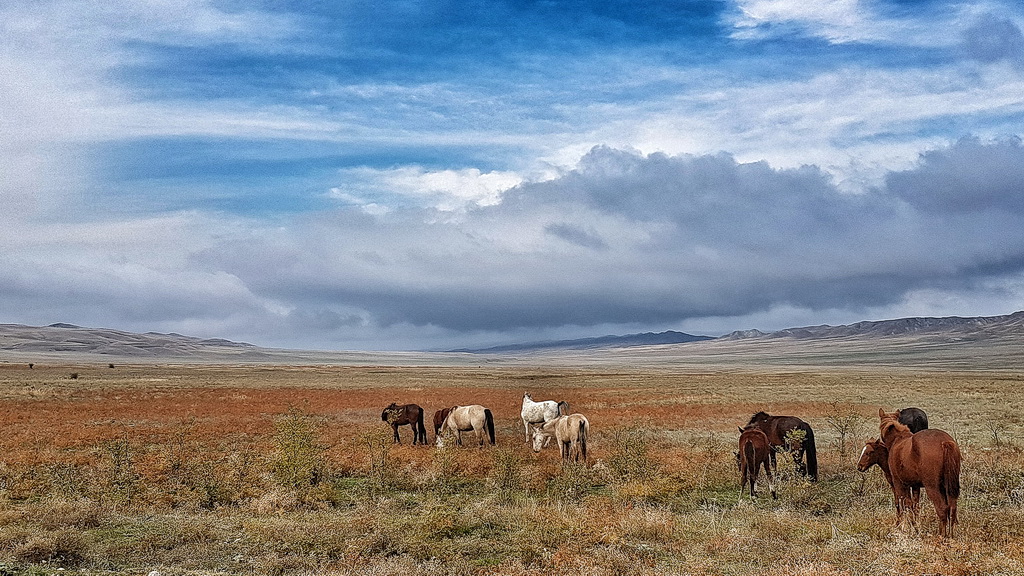 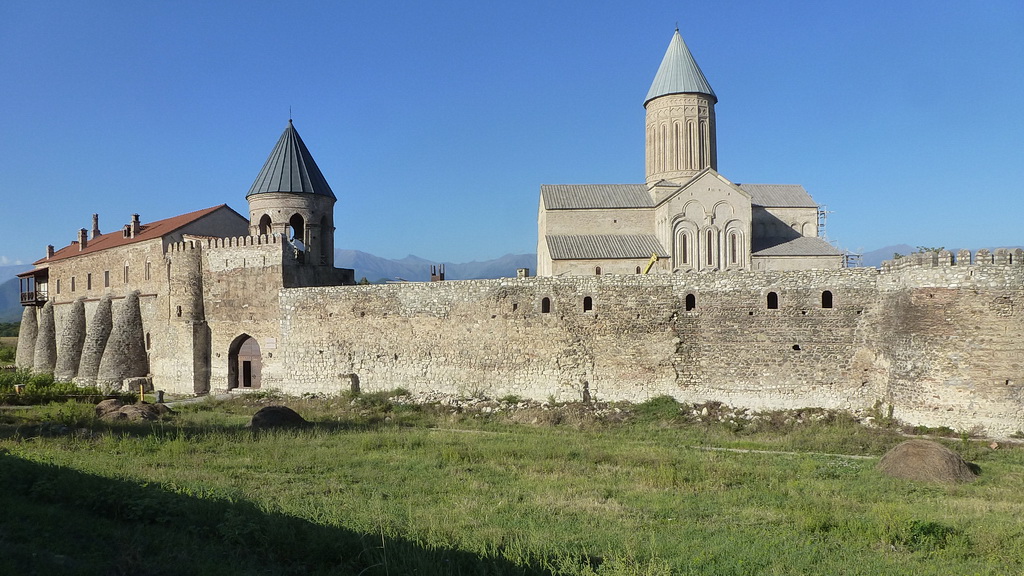 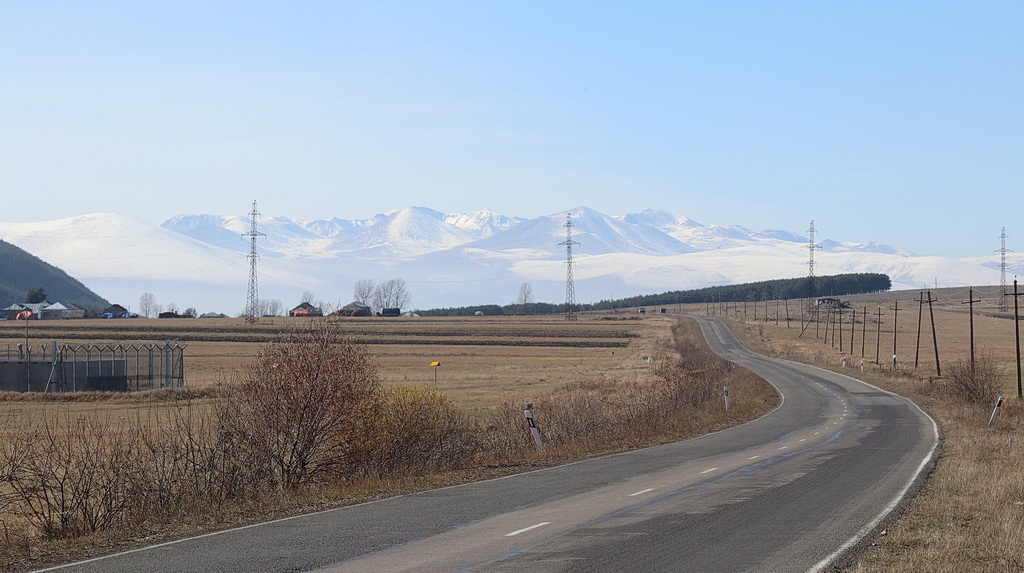