Until the year 1992, Spiti Valley was blocked for foreigners because it is geografically close to China, and it was only 20 years ago that the region started to become a tourist destination. The positive effect was, that the Tibetian-Buddhist culture was maintained and developed without disturbing influences from the outside. Adventure tourists people interested in Buddhist culture love to visit this destination, but because of its remote location and climatic challenges, travelers need to bring along a strong condition, toughness and the readiness to live without the usual comfort for some days.

That is valid especially for our bike tours to this remote part of India. Just like the Ladakh tour, this trip to Lahaul and Spiti is not suited for beginners and unexperienced bikers. The roads are in a state which makes the term "road" questionable. Sudden rainfalls may wash away parts of them, and you find yourself surrounded by nothing but mud. You may quickly reach the limits of your possibilities.

Those who nevertheless want to pick up this challenge will be rewarded by one of the most spectacular landscapes that India has to offer. The people, due to their Buddhist way of life, are extremely friendly, interested in contacts and ready to help. The visit of the monasteries mediates a deep insight into the self-understanding of the Buddhist followers.

The Spiti tour is an experience that touches everyone deep inside and that no one will ever forget. 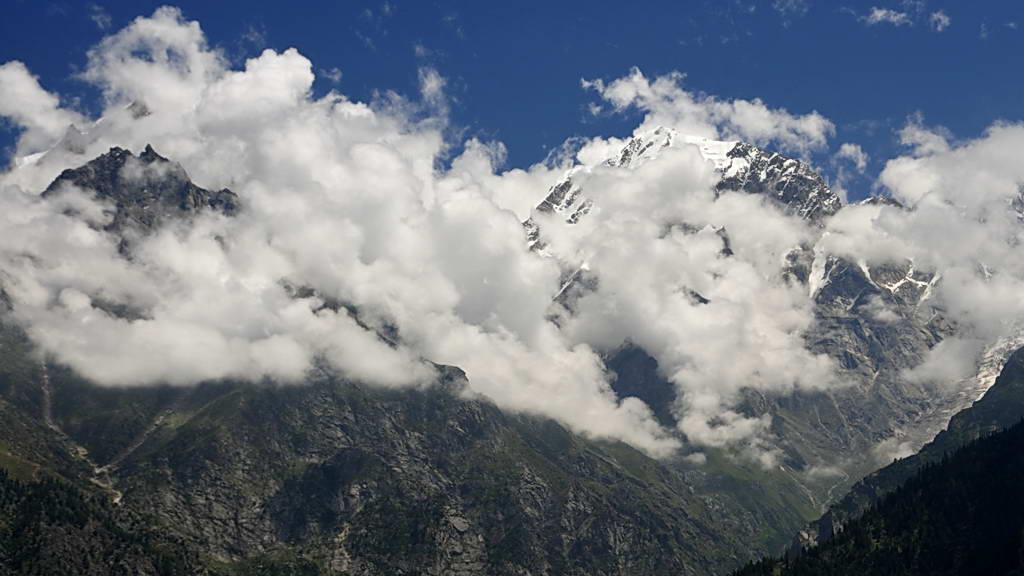 Starting from Frankfurt, there are comfortable direct flights to Delhi, but also from other European airports. You'll arrive in the middle of the night in Delhi, where our team members will pick you up at the airport and bring you to the hotel. Who chose to book a flight that arrives next morning will drive to Chandigarh directly from the airport. We recommend flights that arrive during the night.

2. Day: Arrival in New Delhi and transfer to Chandigarh 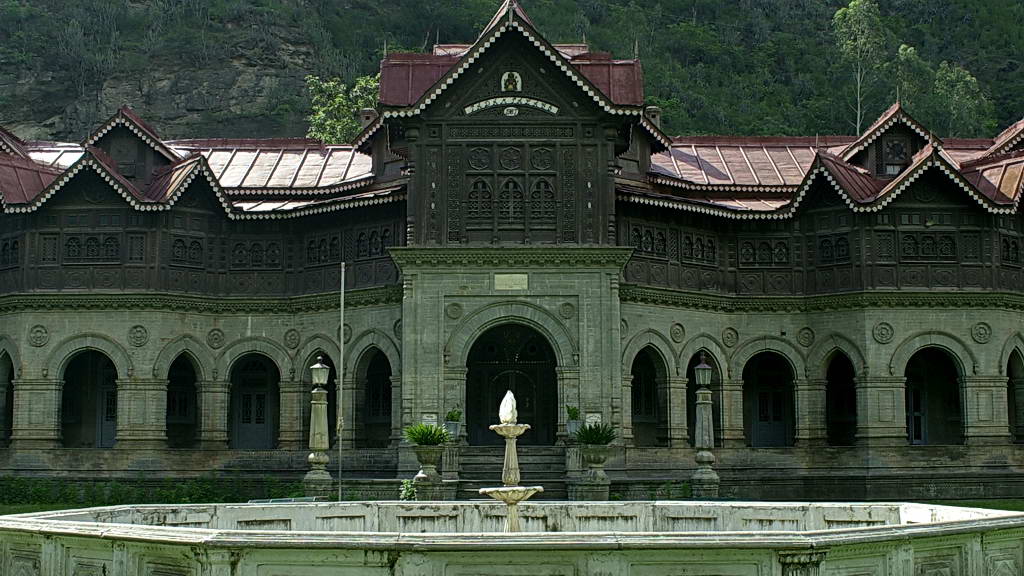 After breakfast, the car will bring us to Chandigarh (appr. 250 km). There the bikes are waiting for you.

This submontane city is the capital of two federal states, Punjab and Haryana, and is specially well suited as a gate for discovery of the Himalaya. After the split-off of Pakistan in 1947, also Punjab was divided. The former capital of Lahore now belonged to Pakistan. Therefore Nehru engaged the famous Swiss architect Le Corbusier for planning a totally new city. Chandigarh cannot be compared to any other Indian city. For example, it is divided into areas according to functions. There are strictly separated parts for shopping, housing and restaurants. Chandigarh means literally "bastion of the goddess Chandi" (the Sanskrit word "garh" means bastion). 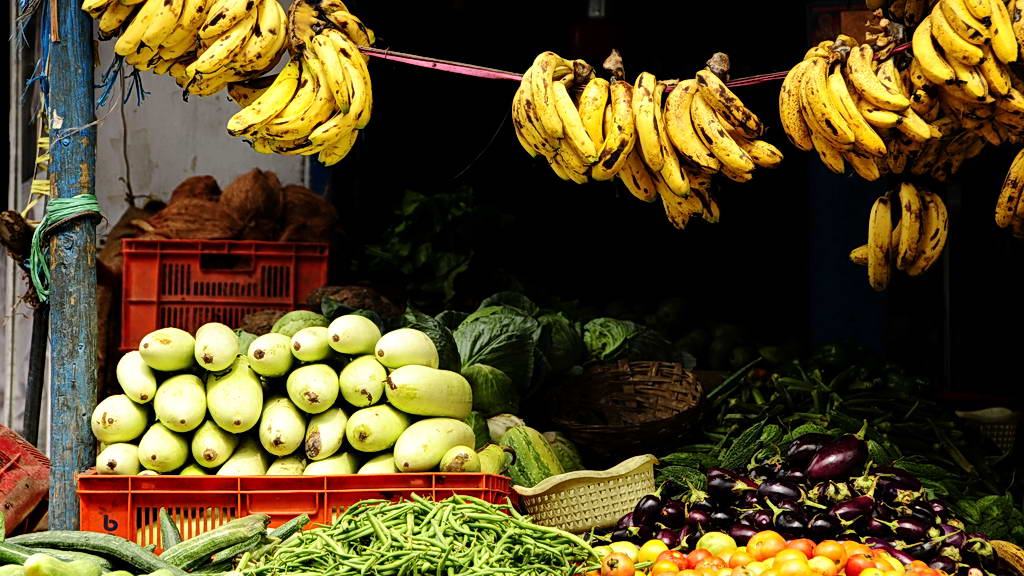 After breakfast, we mount the bikes and start on our first tour. The ride to Shimla, one of the most well-known hill-stations of India, gives us a first impression of what we can expect during the coming days. Curve after curve, we come up to 2200 m above sea-level. In the afternoon, we'll arrive at our hotel where we may recover from our first day on the bike in India.

After breakfast, we mount the bikes and start on our first tour. The ride to Shimla, one of the most well-known hill-stations of India, gives us a first impression of what we can expect during the coming days. Curve after curve, we come up to 2200 m above sea-level. In the afternoon, we'll arrive at our hotel where we may recover from our first day on the bike in India. 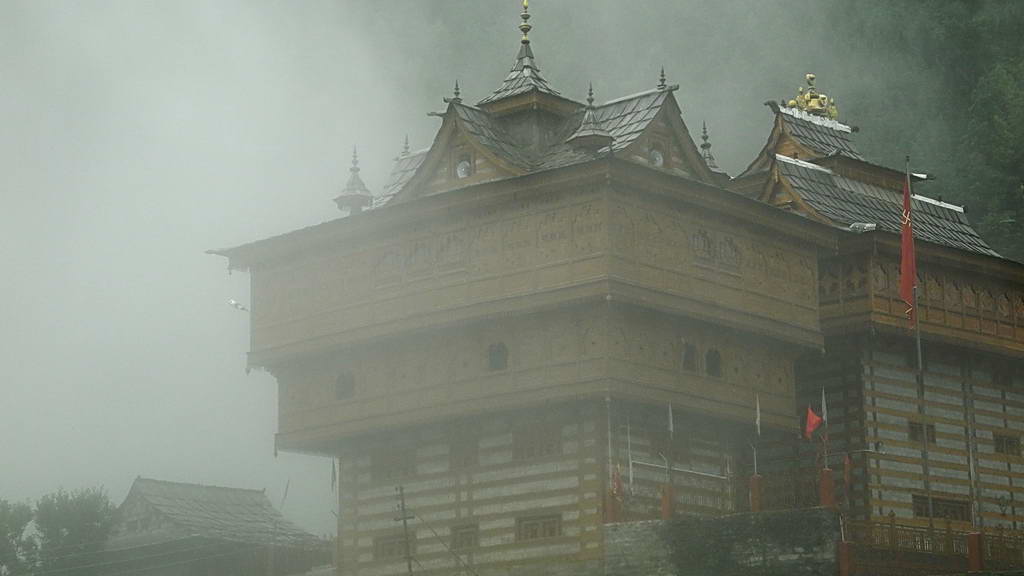 Right after breakfast we mount our bikes and turn East. We stay on the same height. Our goal for today is Sarahan (2165 m). The road is lined by beautiful flower meadows and hill slopes with many little rivers and creeks. Sarahan is situated in a beautiful location on a hill above the Satluj river valley. The Bhimakali temple, a building constructed in the Indian-Tibet style, is culturally significant. 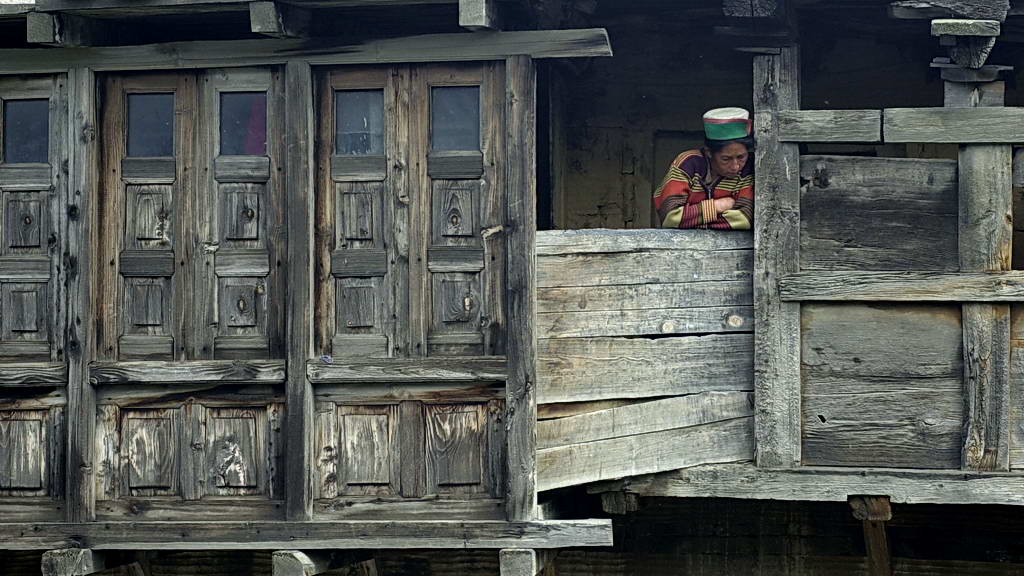 After breakfast, we drive along the Satluj river across very adventurous roads until Kalpa, a small village located apart from the highway on appr. 2700 meters. Now we entered the Tibetian-Buddhist part of India. In Kalpa, we find some examples of old Tibetan wood houses. The 1000 years old temple unfortunately became a victim of the flames in 1959. By their own efforts, the inhabitants built a new temple at the same sight. If the weather is clear, we will have a wonderful view of the Kinner Kailash, the holy mountain for Hindus and Buddhists.

6. Day: Kalpa and/or daytrip to Lippa 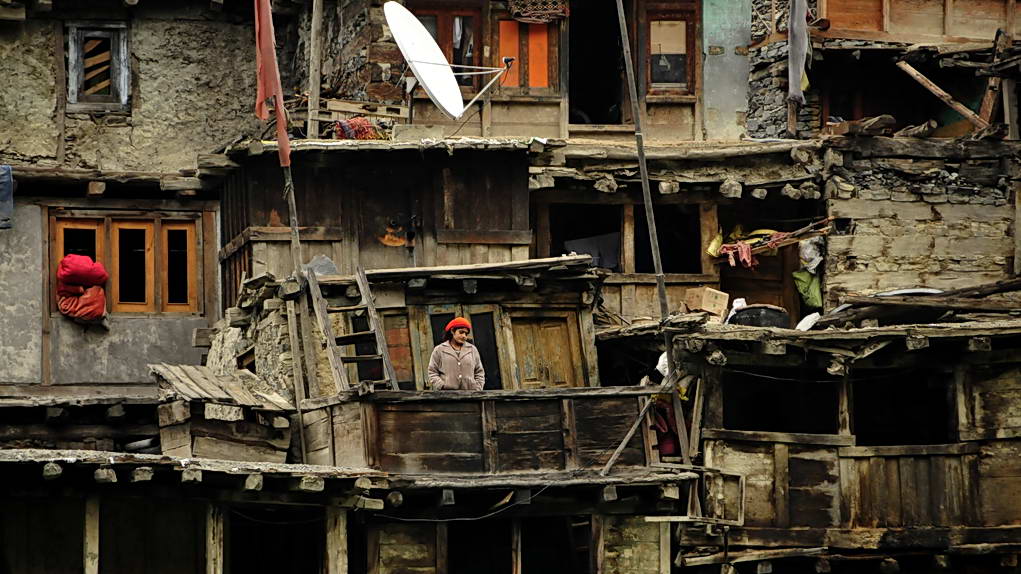 Kalpa is one of the most beautiful places in Kinnaur, and the relaxed atmosphere invites one to take a walk, or just relax and be impressed.

Who wants to have more action, might enjoy a special experience: From Kalpa, it is only about 50 km to Lippa, one of the most unusual villages in the region. Time seems to have stopped some centuries ago. The inhabitants proudly underline that they honor their traditions and lead a life in harmony with nature. This excursion only is possible if the Inner Line Permits are handed out in time. 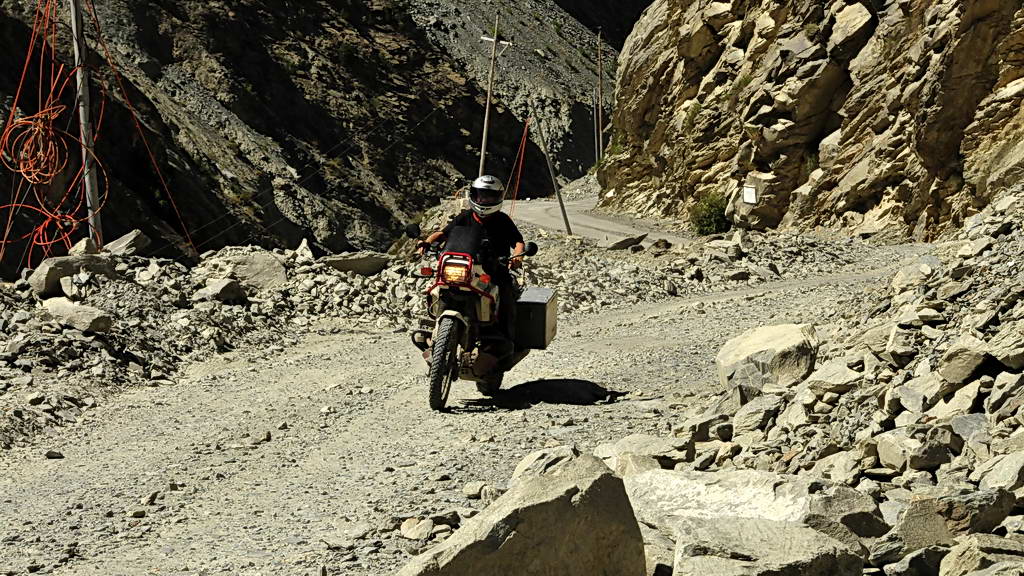 Breakfast. Now it starts to get hairy. The road hardly can be called such anymore. Some parts are without asphalt. But there are also perfectly maintained sections. We've reached the mountain desert of Spiti and will now be accompanied by the Spiti river, raging deep below in its bed. Rough mountains, rubble and lots of dust dominate the landscape. Before reaching Nako, two more Tibetan settlements are part of the program. 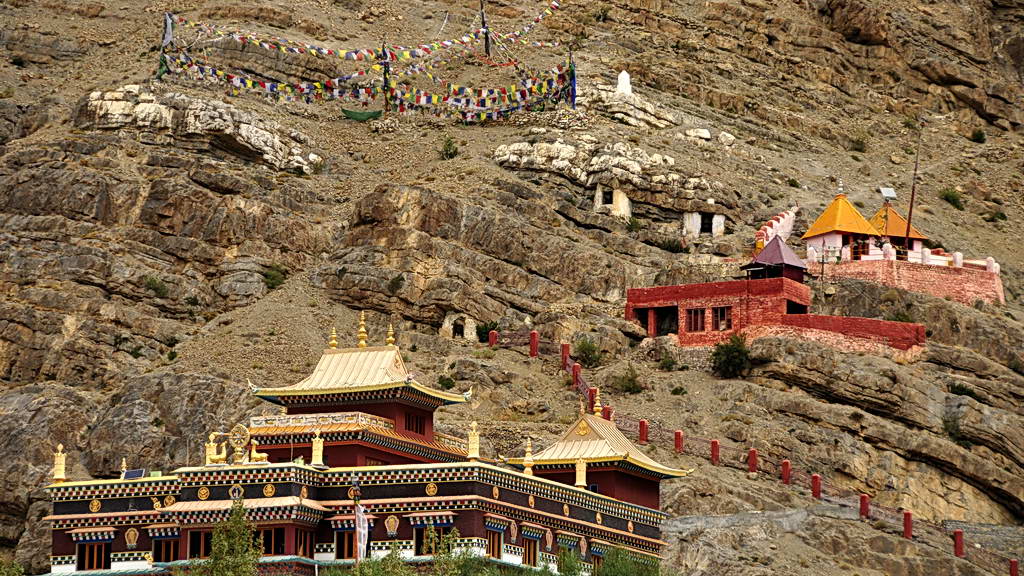 Nako is a true jewel. You may take endless walks along the narrow streets of this small village. A new surprise will be there for you after each turn. The temple, one of the 108 gompas built in the 11th century by Ringchen Zangpo, is kept in shape by a single monk who comes from Kullu and organizes several pujas per day.

The surrounding mountains have lots of trails, inviting to take a short easy hike. From above, you have a spectacular view over the snow-covered mountain peaks. 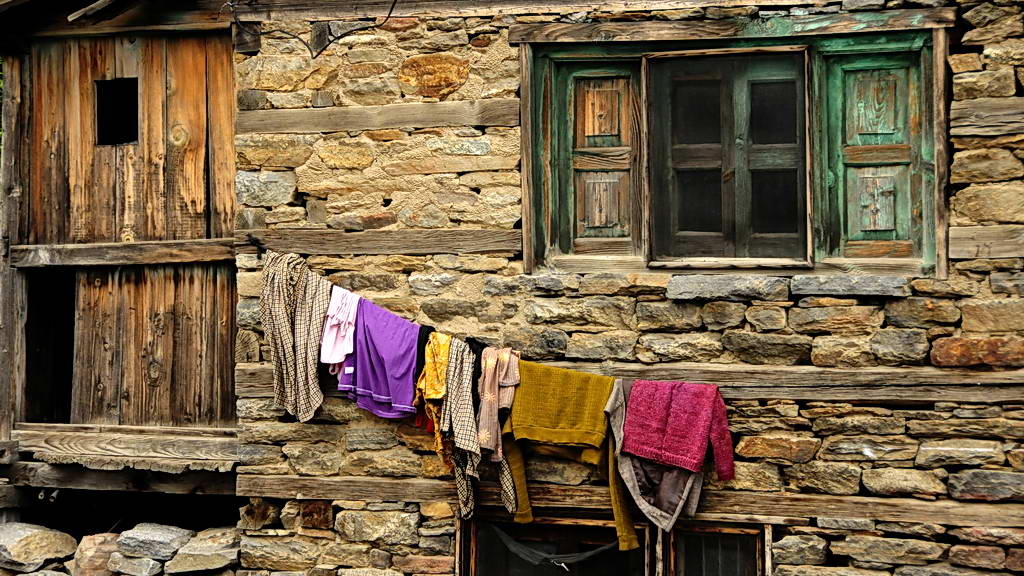 Breakfast. We continue on our way into the Spiti Valley, a cold desert landscape similar to the one in Ladakh and Tibet. Our next stop is Kaza, the largest town in Spiti with appr. 3200 inhabitants and also the merchandise center of the region. Kaza lies aside the Spiti river, about 3650 m high. Travellers like this place because of its relaxed atmosphere (and the German bakery!). Some time ago, the old Gompa had to be replaced by a new, very colorful monastery which was inaugurated in 2009.

10. Day: Daaytrip to Kibber and to the monasteries Kee and Komic 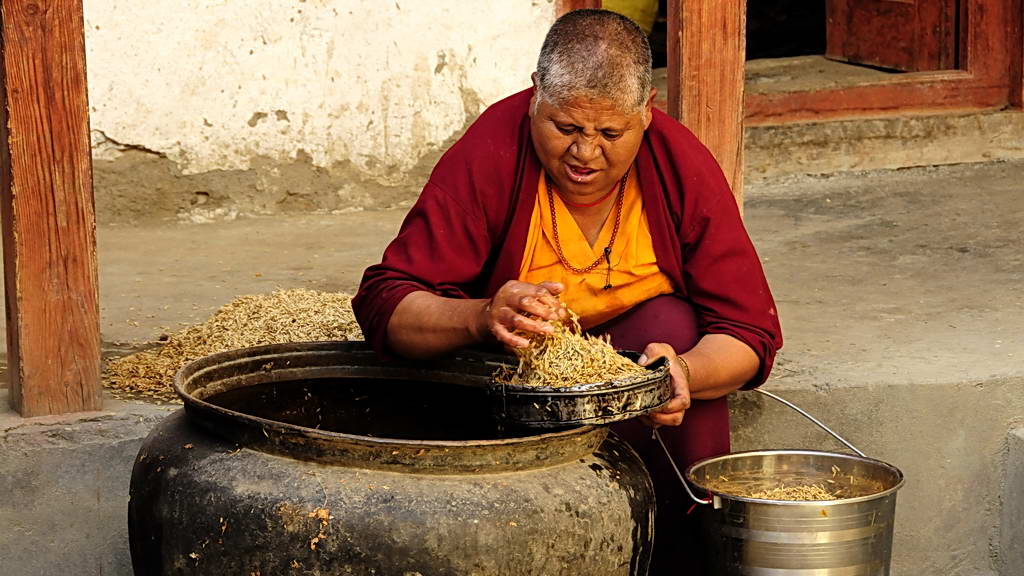 After breakfast, we'll drive up to Kibber (4270 m), until recently the highest village of the world with a road and electricity connection. Meanwhile there are several other villages claiming the same advantages. Nevertheless, this beautiful Tibetan village is worthwhile a visit. Half way, we find the monastery Kee (Kye) which was built, like so many others in this region, by Zingchen Zangpo. Here you can admire the room where the 14th Dalai Lama stays overnight when he visits this region.

Before riding back to Kaza, we move our bikes towards the mountains and drive on a very adventurous road to one of the highest monasteries of India, the Komic-Gompa. 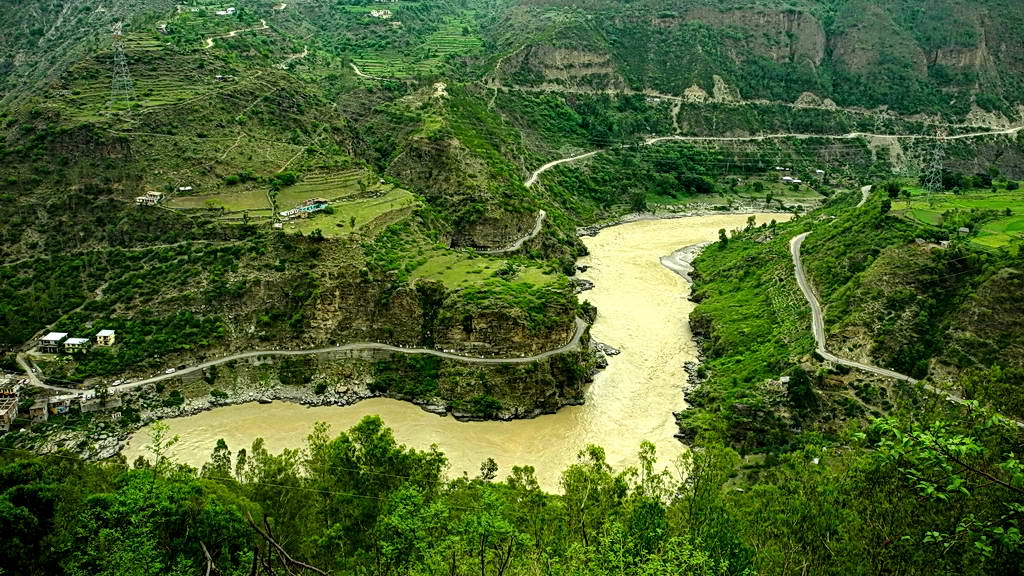 Breakfast. If you believe the ordinary travel guides, one of the most difficult roads of India is waiting for us. Indeed, today's trip will be the most adventurous of the whole tour. The road just has enough room for one bus. On one side, steep mountains, on the other side, deep abysses. Fortunately, the Himalaya road constructors have provided large parts of the road with good asphalt. But today's ride is nothing for people with weak nerves.

The Kunzum Pass, 4551 meters above sea level, separates Spiti from Lahaul. On the other side of it we'll drive in the direction of Keylong, after having mastered a rather tricky water passage. In Sissu, on the banks of the lake with the same name, we'll stay in a camp with stationary tents. 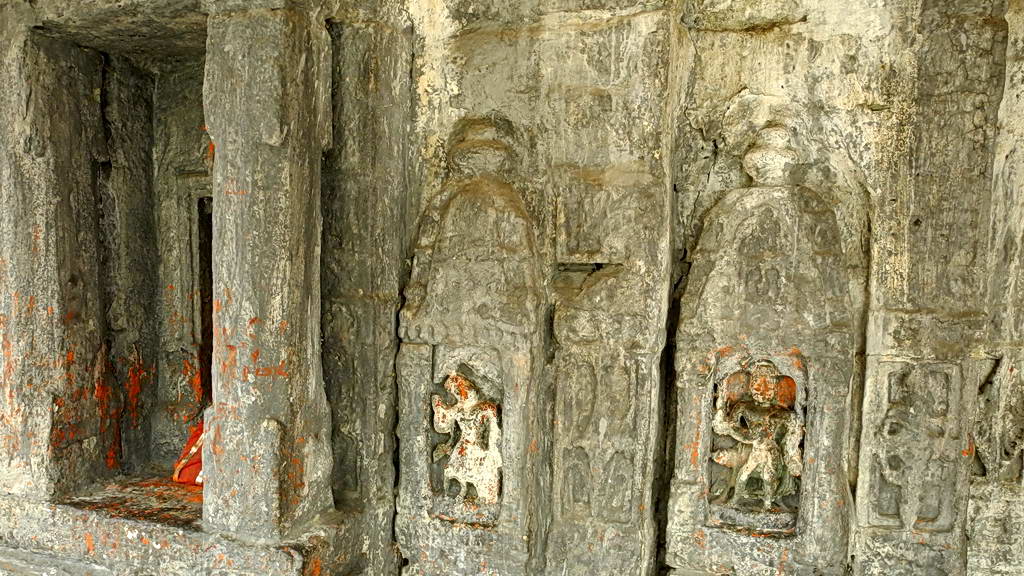 Breakfast. The Rotang-La not only separates Spiti Valley from Kullu Valley, but is also a meteorological divde. Let's see if the gods are on our side. Before reaching Nagar, our goal, we cross Kullu Valley, the fruit and vegetable garden of India. We'll spend the night in the former royal palace which has been beautifully restored by the government and turned into a hotel. From here we have a gorgeous view over the valley, and on the other side we'll recognize the mountain range of the Himalaya. 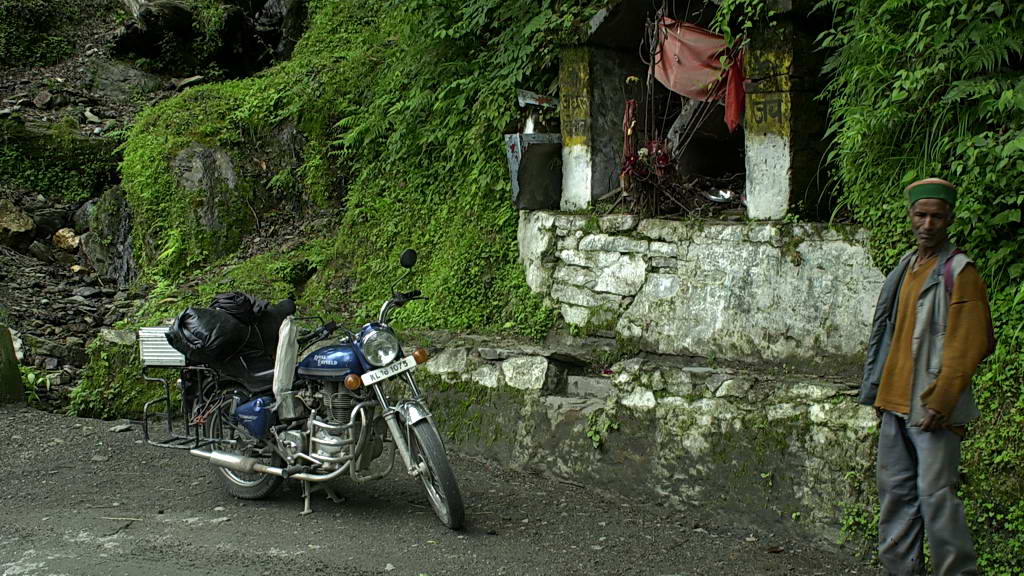 Breakfast. Today's goal is Rewalsar. Again we cross fertile agricultural land and fruit plantations. There is no lack of curves. Rewalsar is located at the lake with the same name. It is a very religious town, Hindhus, Buddhists and Sikhs peacefully live with and next to each other. The town's landmark is the gigantic Padmasambhava statue, which is surrounded by numerous thrilling fairy tales and myths. 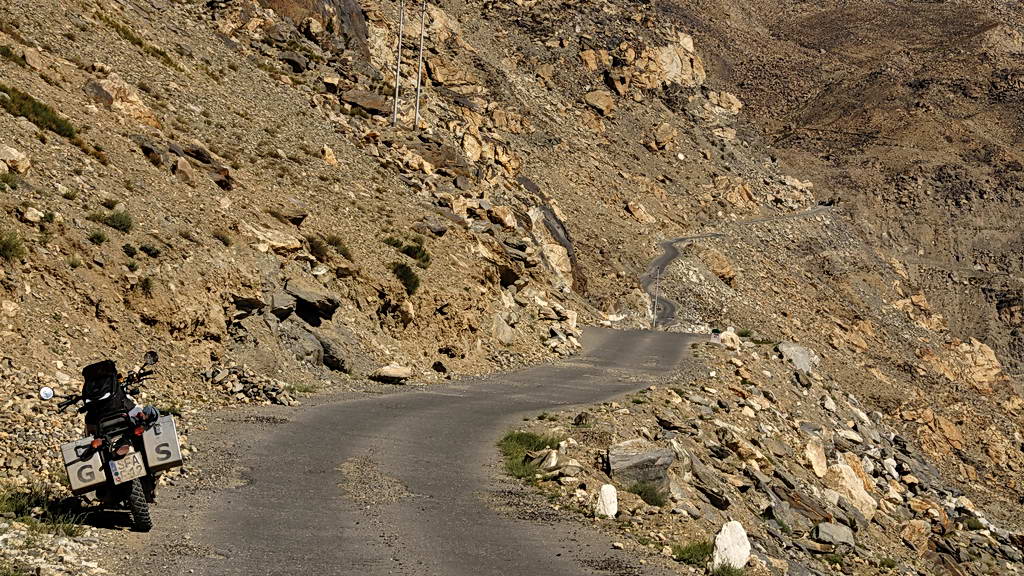 Breakfast. We drive back to Chandigarh where our journey started. 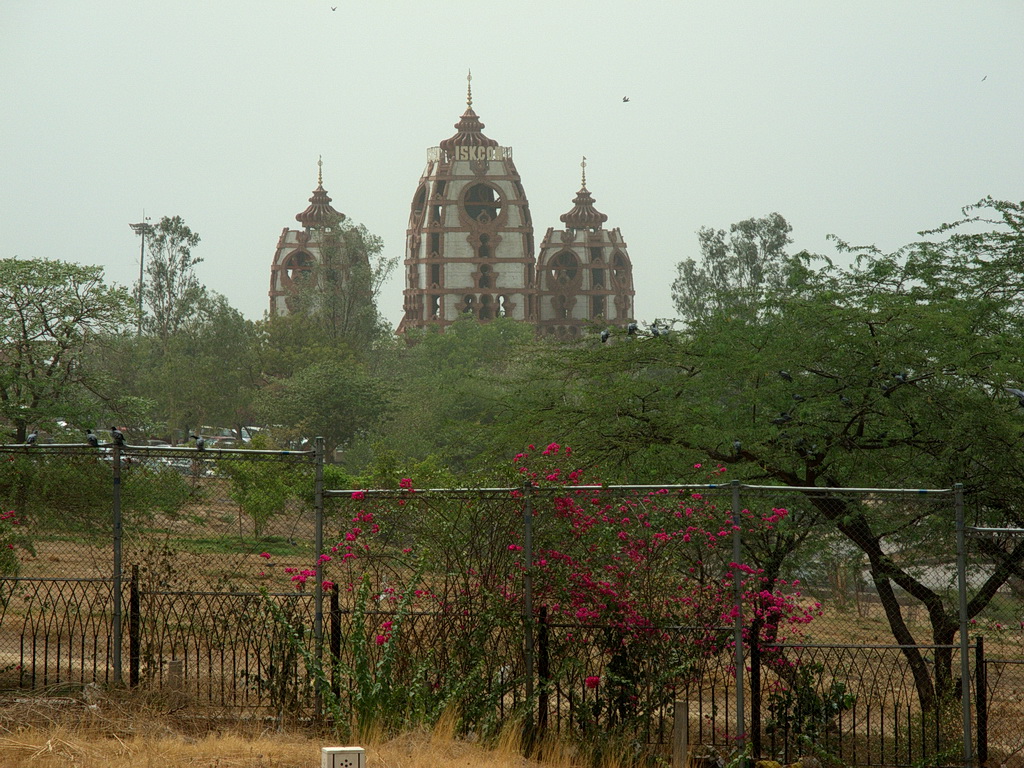 Breakfast. Meanwhile we are so well acquainted with the Indian traffic that we can master the ride back to Delhi by motor bike, without engaging in the city traffic. Shortly before entering the city we'll change to four-wheel vehicles. 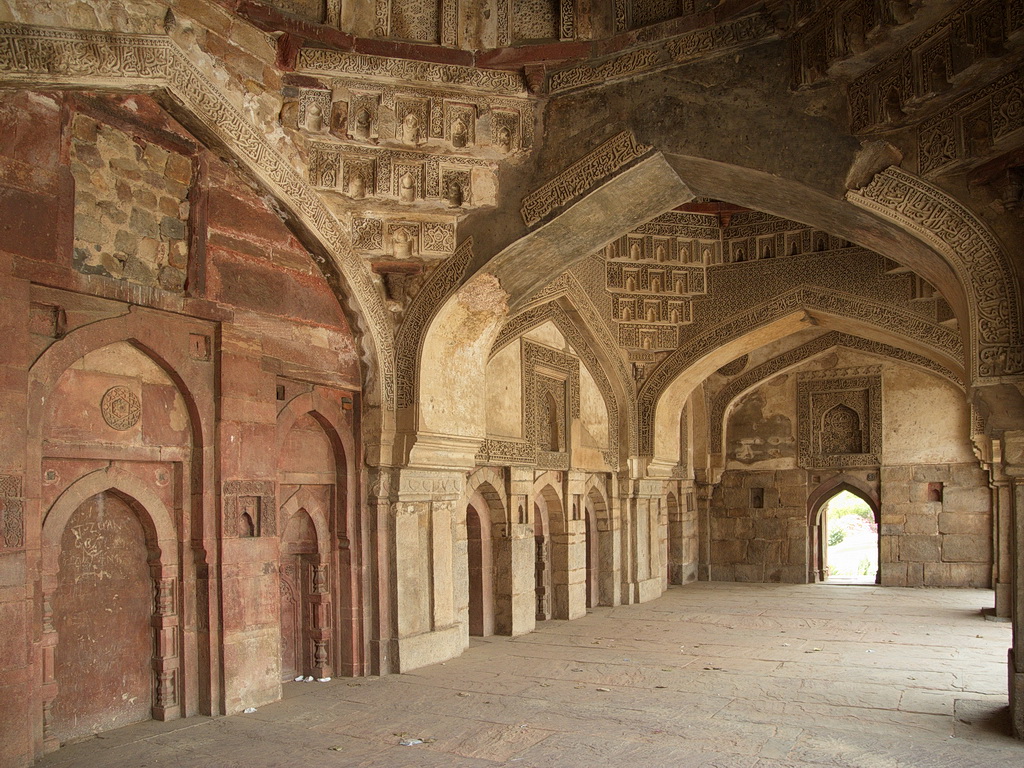 Congratulations, you have mastered one of the most demanding tours in the program of Wheel of India. If you liked it, please come back to "Incredible India"! There is so much to discover yet in this extraordinary country. 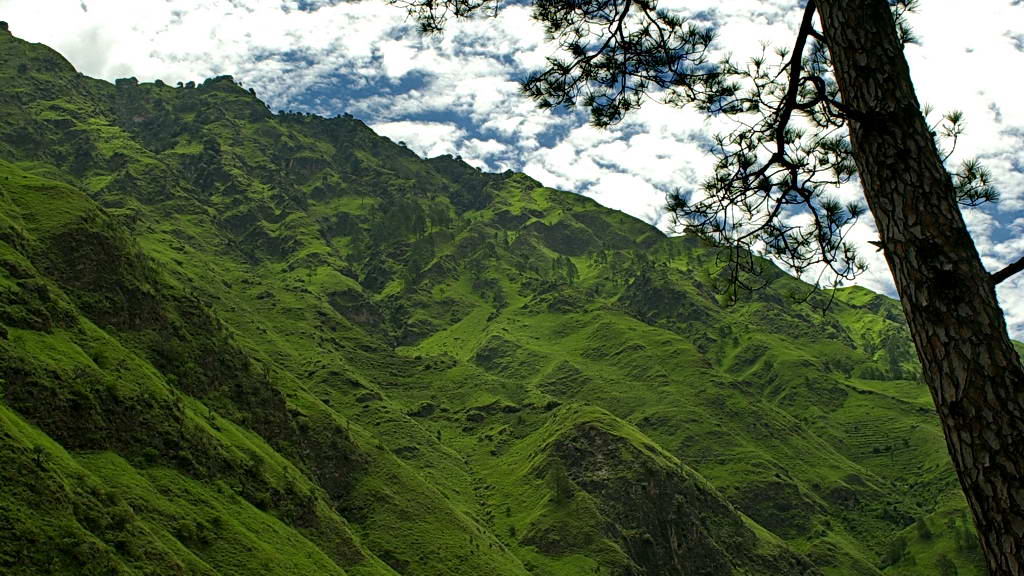 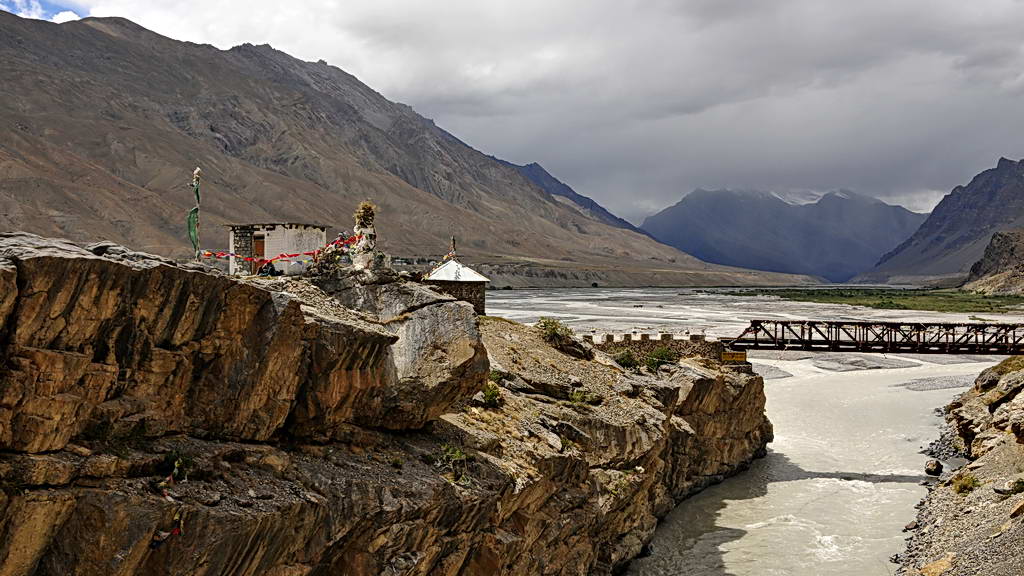 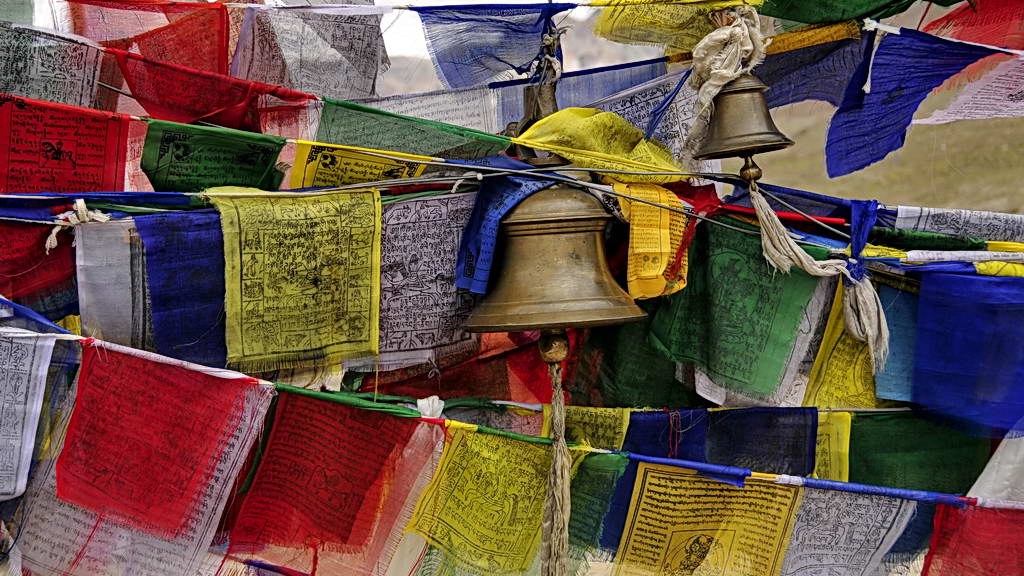 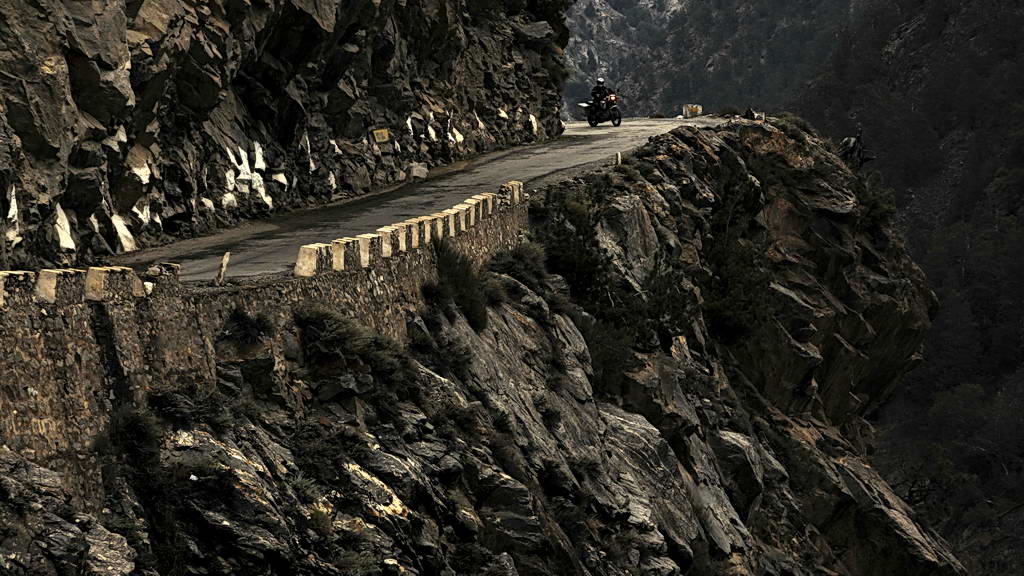 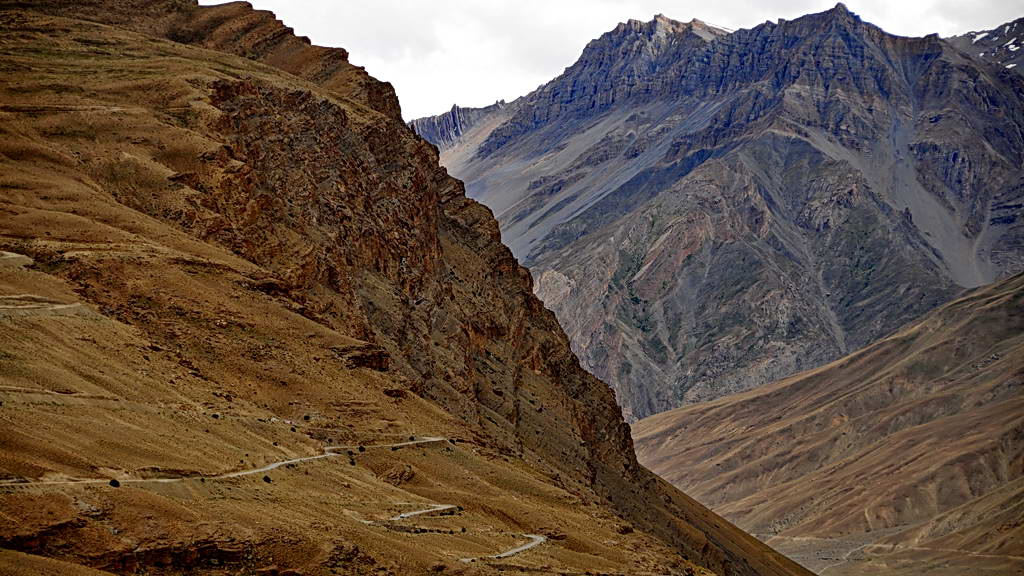 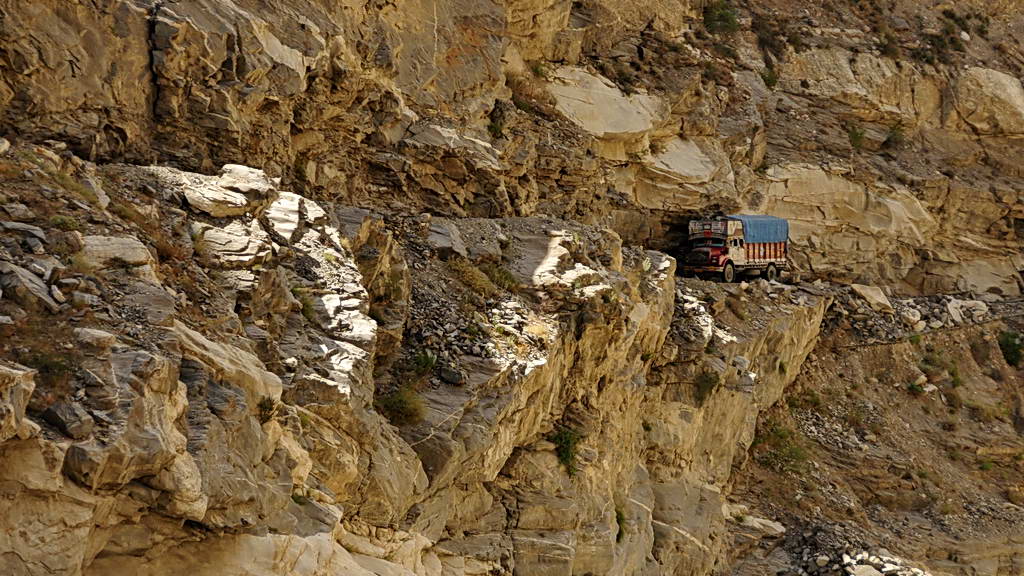 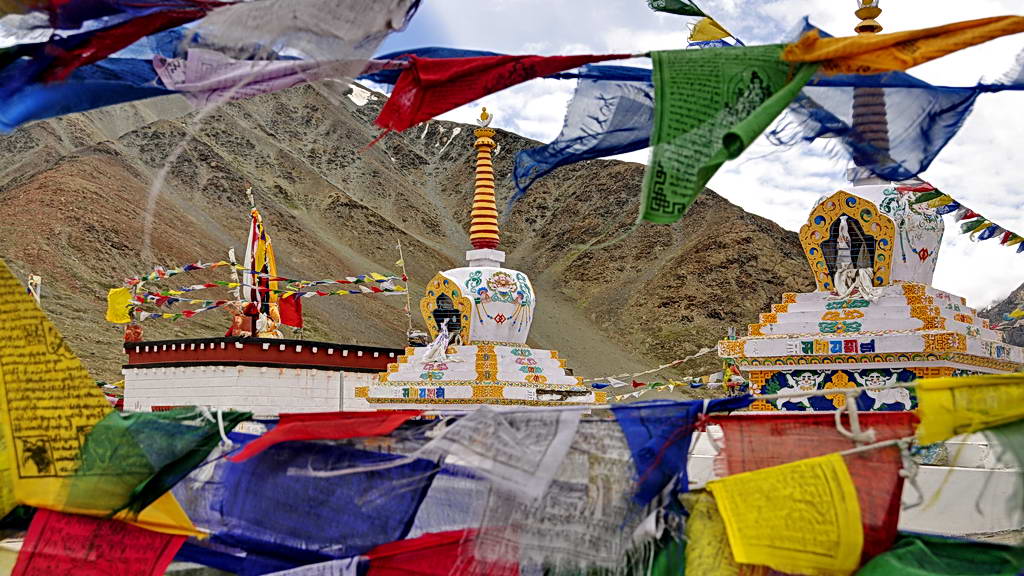 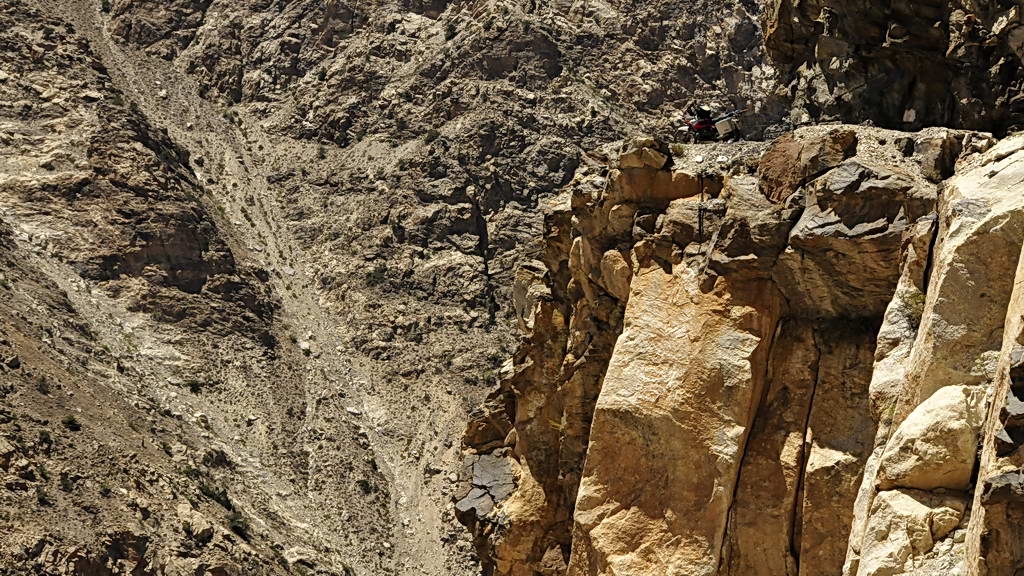